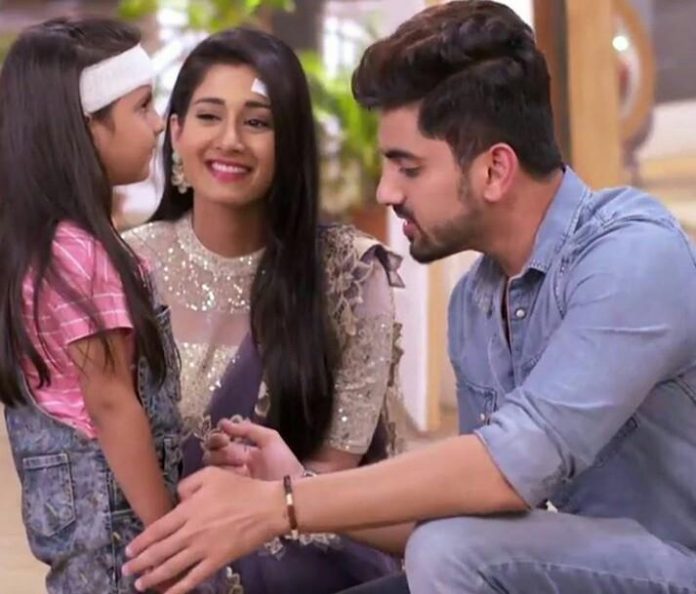 Bebe is annoyed with Neil. She does puja, but doesn’t bless Neil when he tells her that he is going to arrest Vidyut. Juhi plays her new game. She tells Neil that she wants to come along and help him nab Vidyut. Juhi doesn’t want to live in Vidyut’s fear. She tells everyone that she can’t sit back and hide at home. She shows her brave side to them. Avni finds Bebe worried. She asks the reason. She says Bebe is much strong, there has to be some reason behind this tension. Neil gets surprised seeing Juhi’s courage. Bebe doesn’t want Neil to go and arrest Vidyut. She is not able to tell him the truth.

Vidyut kidnaps Mishti to work out his plan. He spreads his fear and also plans to break Khanna family. The family looks for Mishti. Juhi gets worried. Avni tries to help Juhi. Juhi started hating Avni as Avni interferes in everything. Juhi has forgotten that Avni helped her a lot. Juhi blames Avni. She asks how can you be so selfish. She says Neil couldn’t arrest Vidyut today, its all because of your carelessness, how can you be careless and risk everyone’s lives. Avni is trying to make things fine. Vidyut drops Mishti back.

Juhi sees Mishti with Avni. She asks Avni why is she getting between them, when Bebe cleared out and asked Avni to stay away. She asks Avni is she jealous of her happiness. Avni gets hurt on hearing such words from Juhi. Juhi and Avni get into an argument. Juhi scolds Avni, while Mishti witnesses the moment. Avni tells Juhi that she has saved Mishti and tried to help Juhi till now, why would she get jealous, she really wants to unite mother and daughter. Juhi asks Avni will she count her favors.

Mishti thinks her angel is worried because of Juhi. Juhi gets much angry and thinks Avni is making her daughter against her. She reprimands Avni. She asks Avni what else is left now. Mishti throws stone at Juhi and scolds her for shouting on Avni. Mishti does a huge mistake. Juhi gets hurt. The family worries for Juhi.

Juhi thinks Avni has taught this to Mishti. Neil gets annoyed with Avni over this incident. Shweta supports Avni. Juhi gets angered when Mishti opposes her because of Avni. Neil also thinks Mishti is getting spoiled by Avni’s love. He asks Avni to stay away from Mishti. Avni feels cornered and sees Neil, Juhi and Mishti as a family. Avni gets emotional seeing Aisha and Neela’s picture. She decides to sacrifice her love for Mishti’s sake. Avni’s feelings go out of her control, when she gets pushed to take this big decision. She sheds tears. She plans to leave Neil. She has much sorrow in her heart. She knows Neil loves her a lot, and she would be doing injustice with him.