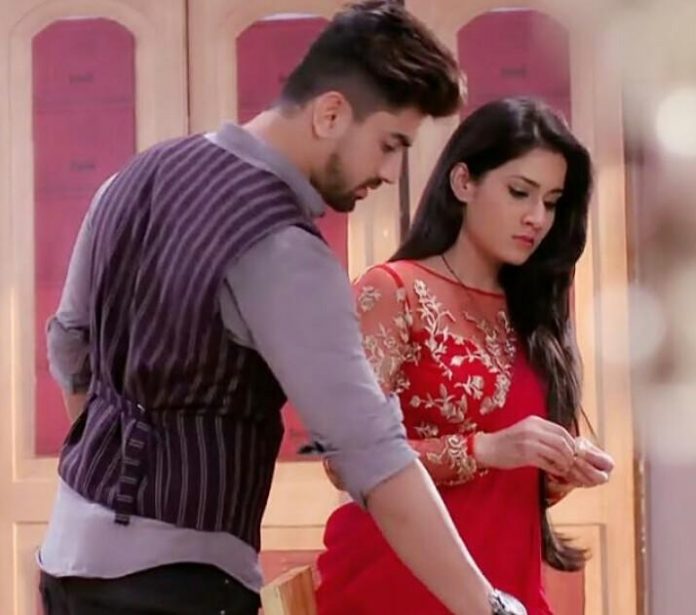 Avni asks Neil if he doesn’t trust her. Neil asks her to stay away from the crime scene, else he won’t be able to save her. He tells her that she is not a criminal till her crime is proved. He asks her to have hopes. Avni and Ali realize Juhi and Vidyut’s plan to trap her in the murder. Ali tells her that Neil will have to arrest her, as all the evidences are against her. Ali asks Avni what will she do now. Avni decides to save Neil from the sorrow. She knows Neil will break down when he arrests her. She doesn’t want to put Neil in a dilemma. She decides to run away and avoid the bad moments. The family asks Neil to protect his wife, as its his duty. Neil tells them that he has to do his duty towards the law.

Neil confides to Neela that Vidyut has kept a bad condition in front of him. Neela gets angry knowing Vidyut’s desire for Avni. Neil tells her that he can’t see Avni getting ruined, when she is innocent. He gets angry on Vidyut, who calls him again and asks him to take a decision soon. Neil doesn’t want Avni to suffer with Vidyut. He asks Neela to permit him to arrest Avni.

Neil wants his birthday to end on a happy note. He asks Avni to give all the gifts she promised him. Neil pampers Avni with love for the last time. They have few romantic moments. Neil wants to save her from all the sorrows. He tells her that he has failed to give her a happy married life because of his past’s return. He feels it was his mistake to allow Juhi to ruin their happiness. He tells her that he loves her a lot, but unfortunately he is the reason for all her sorrows. He tries to give her some moments of happiness. He thinks of arresting her, as its the only way to save her.

Neil and Avni spend some time of solace. Neil fails to find any evidence in Avni’s favors. DD tells Neil that Avni had booked her tickets to take away Mishti. Even this thing goes against Avni. Shweta tells Neil that Ali suggested Avni to run away. Neil thinks if Avni runs away, she will be considered a criminal. Vidyut keeps calling Neil and builds up pressure. He asks Neil to hand over Avni to him. He promises to give a queen like life to Avni. He thinks Neil will fulfill his condition as he loves Avni. He knows Neil will want Avni’s freedom. Avni tries to run away with Ali. Neil stops her and gets angry on her. He asks her why did she cross her limits again. Avni pleads to him that she is innocent.

Neil doesn’t listen to her. He scolds her for always breaking the law without trusting her husband. He asks her why did she not wait for him. He shouts on Avni for planning to run away. He blames her for never caring for his feelings. He tells her that she has used their relation. He angrily wipes off her sindoor and breaks her mangalsutra, telling her that he will not let her use their marriage any further. He wants her to go ahead and become a criminal. He promises that she would be just facing a policeman, instead her husband. He arrests Avni and does his duty. He takes the step to secure her from Vidyut. Avni lands behind bars. Vidyut gets a shock knowing Neil chose to arrest Avni than opting for her freedom.