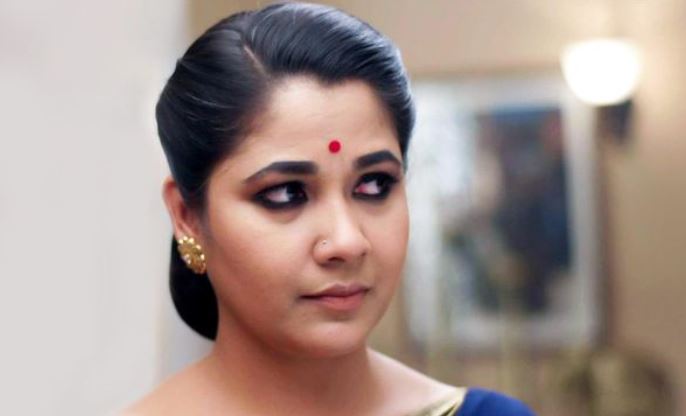 Anami exposes Satrupa’s deed. The family vents out anger on Satrupa knowing her bad deed. Satrupa justifies herself. She tells them that she has done this just to protect Anami. Anami tells her that she can’t make new relations by cutting off the old ties. Dada ji, Dadi and Baldev get furious and make Satrupa realize her mistake. Baldev feels he has lost Vatsalya because of her. He doesn’t want to lose Anami. Sudha gets glad that Baldev and family have not supported Satrupa.

Dada ji tells Satrupa that if she thinks Adhiraj has done wrong with Anami, if he gets punished, then even she will be punished for kidnapping Lakshya. He wants to do justice with Satrupa. Anami waits for Satrupa to withdraw the case against Adhiraj. Satrupa feels bad that the family didn’t understand the mother in her. She fails to throw out Sudha from the house. Satrupa loses the game over night. She gets compelled to withdraw the case.

Anami assures Adhiraj that Satrupa will withdraw the case. She tells him that she will leave from Lal Mahal soon, but this time she will announce her departure. Anami and Adhiraj have a romantic chat over call. He tries to stir her feelings. Adhiraj plans a surprise for Anami. Anami gets to talk to her parents. She tells her parents that they will always be together. Satrupa gets close to learn Anami’s lies. Satrupa sadly gives up the battle against Adhiraj. She decides to withdraw the case, seeing the sensitive ambience at home. She doesn’t want the family to know her another mistake, about which Sudha is blackmailing her. She tells Anami that she can do anything, as she will not meddle in her matters from now on. She doesn’t want to lose Anami ever. Will Satrupa succeed in finding the evidence and destroy? Keep reading.