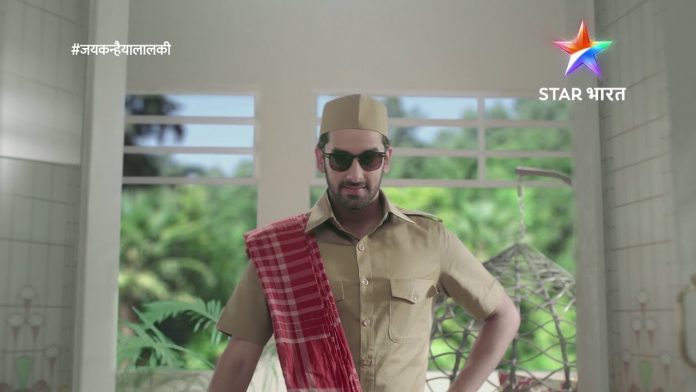 Janki asks Kanhaiya to convince Daali into participating in all the ceremonies in a traditional avatar. Kanhaiya promises Janki that he will stop Daali and Rocky’s marriage. Janki gets happy when Kanhaiya puts the ring in Daali’s finger during the engagement. He feels Kanhaiya is far better than stupid Rocky. He doesn’t want Rocky to wed Daali. He knows Rocky is greedy after his property. Daali too knows Rocky’s intentions, but is sure to keep him like her puppet post marriage. She has no idea about Rocky’s lover Maya, who is eyeing her entire property.

Maya wants Rocky to prove his loyalty and love for her. She asks him to get Daali’s property soon and name it to her. Kanhaiya gets ready to see the wedding arrangements. He conspires to marry Daali and fail Maya-Rocky’s plans. Kanhaiya makes an announcement that he will handle everything.

Vaijanti objects on Kanhaiya’s involvement. Badimaa confronts Kanhaiya to know his truth. He doesn’t reveal anything to her. Maya gets jealous finding Rocky close to Daali. Badimaa and Daali share their grief over losing the most important part of their life. Badimaa has lost her son, while Daali lost her childhood friend. Daali waits for her friend to return and stop her marriage with Rocky. She hopes the marriage news reaches her friend. She sticks adamant to her decision of marrying Rocky and opposes Janki. Kanhaiya plans Daali’s mehendi ceremony and wants his name to be written in between the mehendi design. He has a confrontation with Rocky.