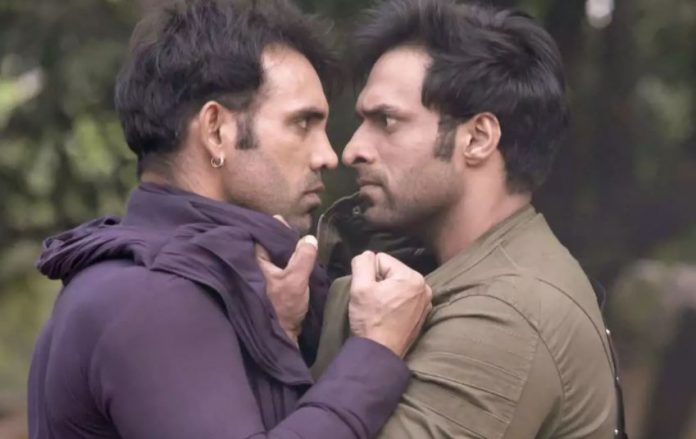 Rantej plans to kill Yuvraaj. He tells Malhari that he will take revenge from Yuvraaj. Yuvraaj learns Rantej’s truth and comes home to beat him. Rantej challenges him for a fight. Yuvraaj also gets in much anger. The family witnesses their argument. Yuvraaj confronts him for the crime. Rantej admits his crimes. He tells Yuvraaj that he had ruined the lives of many girls, but none could punish him till now. Yuvraaj can’t believe his confession. He gets a big shock. Rantej says police works for me, no one could expose my crimes, Anushka can never reveal my truth and even you won’t be alive now to take a step against me.

Yuvraaj tells him that Anushka has done the right thing to punish him, Rantej doesn’t deserve to be a man. Yuvraaj and Rantej have a fight. They both want to punish each other. Yuvraaj doesn’t kill Rantej and tells him that there is a big difference between them, he can’t take his life, but he will give him to police. He recalls his promise to Anushka. He learns Rantej’s evil truth and feels ashamed. Malhari begs Yuvraaj to leave Rantej. Yuvraaj spares Rantej’s life. Malhari starts acting and scolds Rantej for his crimes, in front of Yuvraaj.