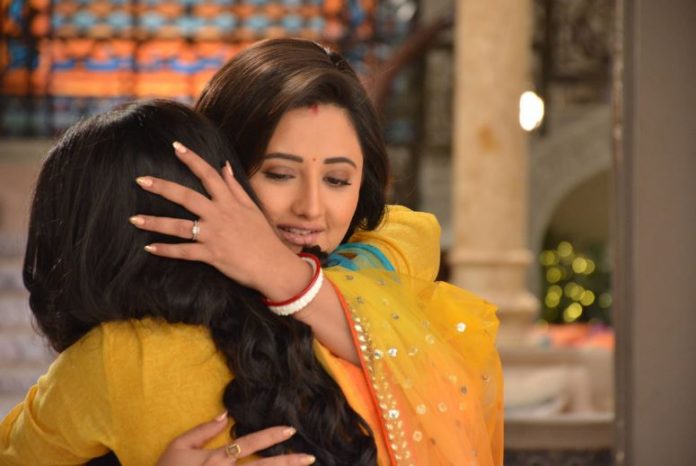 Parth and Shorvori celebrate their wedding anniversary. They cut the cake and celebrate. Teni asks them to have a dance. She insists them. Parth and Shorvori have a romantic dance. Teni’s heart gets hurt. Parth feeds the cake to Shorvori and Teni. Shorvori gets sad and goes to her room. She sees Parth’s gift. She finds Teni’s bridal dress as the gift and sheds tears. Shorvori tells Parth that she can’t live by compromising in her marriage. She feels Parth and Teni have got her back just to give her much pain, it wasn’t needed that she gets place in their lives again. She speaks out and tells Parth that she can’t tolerate it now, she is getting burdened by other’s favors. She asks Parth to free her from the bond or send Teni away.

She asks him why can’t he move on in life with Teni. She tells him how much she has suffered and by getting favors on herself, she is suffering again. She breaks her silence. She asks him to send Teni away from the house by gifting her a lavish flat, else their relation can’t move on. She asks him to decide well, whom he wants in his life.

Teni overhears their arguments and sheds tears. She tells them that she has learnt their truth now, they have shown her place today and its really good. She cries on knowing their feelings. She asks Shorvori will she throw her out of the house. She scolds them and expresses her anger. She says you both came in my life, I didn’t try to break your relation, I have planned to sacrifice my happiness to bring you both together again. She thanks Shorvori for paying for her favor in this way. She says I will always be strong and independent, I will earn my living and have my home, I don’t need any favors from you. Teni gets hurt by Shorvori’s words. Parth runs after Teni to explain her. Shorvori asks Parth to stop running after Teni. He doesn’t listen to her and upsets her further. Shorvori and Teni’s friendship gets breaking. Parth gets helpless to handle them.