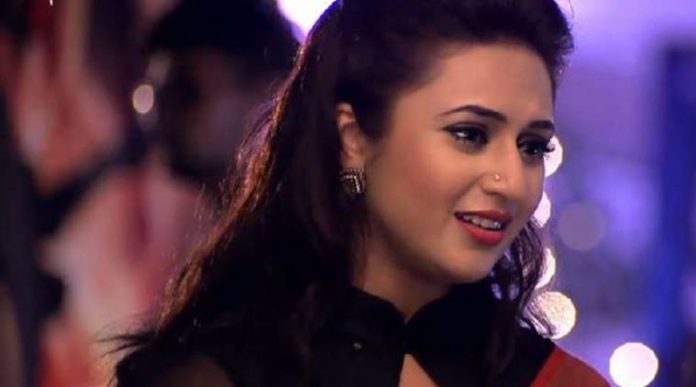 Ishita and Raman fight the custody battle. Raman’s lawyer tries to prove that Ishita isn’t financially stable to look after Roshni and the child, since she lives in a rented house. She tells that she can manage the expenses of Roshni’s medical aid. The lawyer tells that Raman is financially secure, he can raise the child well. He proves that Ishita’s income isn’t stable and she can never plan the child’s education and future. He asks the judge to give the verdict in Raman’s favor. He tells that Raman is also concerned for Roshni. Ishita tells that Roshni isn’t safe in Raman’s house, its about her security more than financial security. Simmi helps out Raman by testifying in his favor. She tells the judge that Raman has saved Roshni’s life when she was kidnapped from Ishita’s house. She feels Ishita can put Roshni’s life in danger. She wants to get the heir.

Ishita’s lawyer tells the judge that Ishita is thinking for baby and Roshni as well. Ishita fails to prove her point. Simmi gets back in Bhallas’ good books. Raman tells Ishita that he is thinking for Roshni’s future as well, he can make her settle in London. Ishita refuses to his offer. She asks Roshni to come with her. Simmi manipulates Roshni by revealing about Raman’s plans for her. She asks Roshni to think of her future, rather than getting into a mess because of Adi’s child. She shows fake concern towards Roshni. She asks her to give the child to Bhallas and make him get Adi’s name. She says you can go to London and make your life, a new beginning shouldn’t be missed. She asks Roshni not to miss the big opportunity. Roshni confronts Ishita about Raman’s offer. Simmi tells Raman that she has spoken to Roshni and she is sure that Roshni will agree to them. Ruhi feels Raman is doing wrong with Roshni to break her away from the child. She asks him not to trust Simmi. Raman tells Ruhi that he had to take Simmi’s help as Ishita didn’t listen to him. He asks Ruhi not to get in elders’ matters. Roshni tells Ishita that she has a right to know the matters regarding her.

Ishita tells her that she knows the decision well and rejected the offer. Roshni tells her that she has thought well and wants the baby to get Bhallas’ name and financial security. She gets ready to bear the separation from her child and secure their future. Ishita asks Roshni why is she changing her decision, who has brainwashed her into doing this. Raman gifts Simmi to thank her. Simmi acts good to him and assures that she will help him till they get the heir home. Simmi has intentions to hurt Ishita. She doesn’t forgive Raman and Ishita. Roshni stays in confusion. Ishita tells Roshni that she won’t snatch her decision making rights. She asks Roshni not to get influenced by negative people. Raman makes sure that Roshni stays protected. Ishita and Roshni meet with a minor accident, which shocks Raman. The custody battle will get big twists with Shantanu’s wrong testimony.