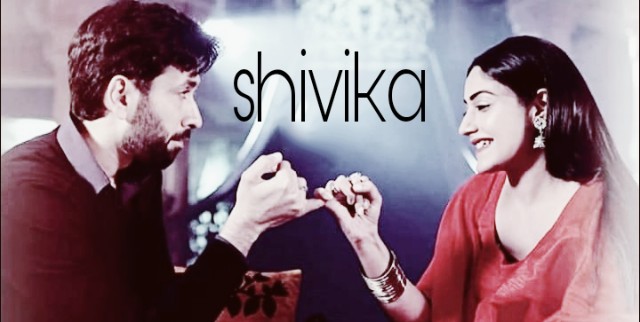 Anika faces Shivay’s hatred and wrath once again. She tries to settle in the house after Omkara and Rudra get her to Shivay. Omkara and Anika get Anika’s homecoming celebrated. Shivay isn’t happy, as he believes Priyanka is in coma state because of Anika. He is in much pain. He wants Priyanka to come out of the prolonged unconsciousness. Shivay kicks out Anika from the room. He stops feeling guilty, as the moment he sees Anika, he recollects the bad time she pulled in for his family. He can’t forgive Anika, as she has struck on his weakness Priyanka. Shivay doesn’t want Anika to share his room since he hasn’t accepted her as his wife.

Anika goes out of the room and sits awake, feeling cold and weeping over her sorrowful life. Shivay watches her cry and tries to turn away and sleep. He gets distracted by Anika’s pain reaching his heart. He wishes she falls asleep soon. He finds Anika shivering and goes to help her. He cares for her and covers her up with a quilt.

He has broken her marriage and heart, to forcibly marry her and abandon her to settle scores totally. He has insulted her in between his family. Anika tries to join her mangalsutra back. She threads the beads once again. He has sympathy for her, though he expresses just his hatred. He doesn’t talk to her and gets away. Anika expects Shivay to change his mind towards her. She finds him villainous after all the wicked deeds. She values marriage a lot. She wants to fix her mangalsutra and wear it back, believing that Shivay will also accept her. There will be a glimpse of Shivika’s moment.

Anika wakes up and finds a blanket placed over to save her from cold. She sees Shivay leaving. She gets to see Shivay’s virtuous side. She feels he is a riddle, which she needs to crack, he is both evil and good, depending on the situation he faces in life. She realizes that his heart is still having concern for her. Omkara and Rudra try to get Anika in the puja, that’s meant for Priyanka’s recovery. They wonder if Dadi will accept Anika as Shivay’s wife. Omkara tells Rudra that it’s their duty to get rights for Anika so that injustice doesn’t happen with her. Omkara and Rudra join hands to get acceptance for Anika by Shivay and Dadi. They hope that Priyanka recovers soon and defend Anika’s truth.