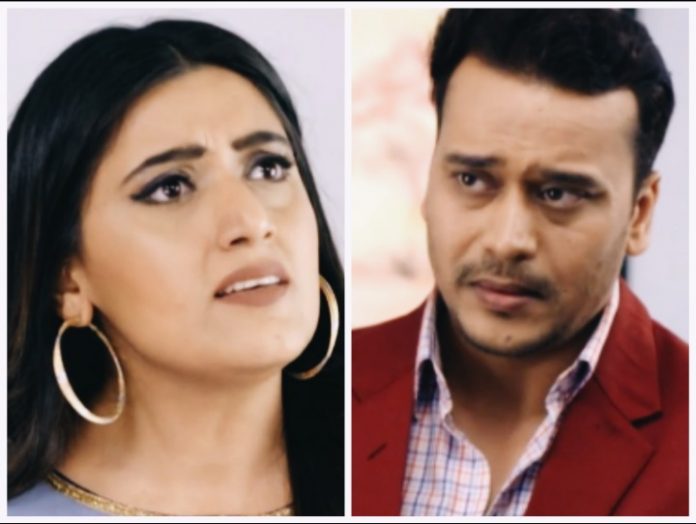 Mihika looks after the baby in Roshni’s absence. Ishita gets happy seeing Mihika’s wish fulfilled and wants Mihika and Aaliya to cherish motherhood by raising Adi’s child. Raman tells Ishita that he will find the truth from Raghav’s wife and won’t spare Simmi if she is at fault like Parmeet. Next, Ishita asks her not to share the plans with anyone, as it may alert the enemies.

Mrs. Iyer and Mrs. Bhalla get into an argument over the spa lady, who would give a massage to the baby well. Both the ladies look strange to them. Mihika tells them that she will follow the internet guide and give a massage to the newly born with utmost care. Ishita gets happy that Mihika has ended their argument.

Simmi plans her visit to the orphanage so that she can give away few things to the orphans by Ananya’s name. Parmeet calls Simmi and tells her that they are caught up because of her foolish mistakes. He asks her to meet him and get some cash along. He doesn’t reveal his crime of abduction until she comes to meet him. Ishita asks the elders not to fight for the baby. She tells them that Mihika is handling the baby so well as if she is finding her child in him.

They get happy that Romi and Mihika’s family will also complete with this baby. Raman gets Ishita to Raghav’s house and introduces her to Raghav’s wife. The lady denies to know them by fear. She gets threatened by Parmeet, after losing her daughter. She asks Raman and Ishita not to trouble her. The neighbors make Raman and Ishita leave. They find the lady worried for some reason and try to know the matter. Parmeet meets Simmi and shows Raghav’s daughter, whom he kidnapped. The girl asks them for some food. Parmeet scolds the girl, while Simmi asks him to spare the girl. She doesn’t want Parmeet to scare or torture the girl. She asks him why is he behaving badly with the girl.

He tells her that he has kidnapped Raghav’s daughter so that they can control Raghav’s wife by threatening her. He wants Raghav’s wife to cover up his truth. He tells Simmi that they can blame Raman for this kidnapping. Simmi asks him not to hurt the girl. He tells her that her mistakes have compelled him to do this, Raman has reached Raghav’s house because of her. Simmi pities the girl. The girl asks Simmi to help her and drop her home.

Simmi consoles the girl, whose name is also Ananya. Simmi gets emotional on knowing her name and finds her Ananya in her. Parmeet warns Simmi against saving the girl. He tells her that he will get the girl killed if he falls in trouble. Simmi tries her best to make Parmeet change his decision.