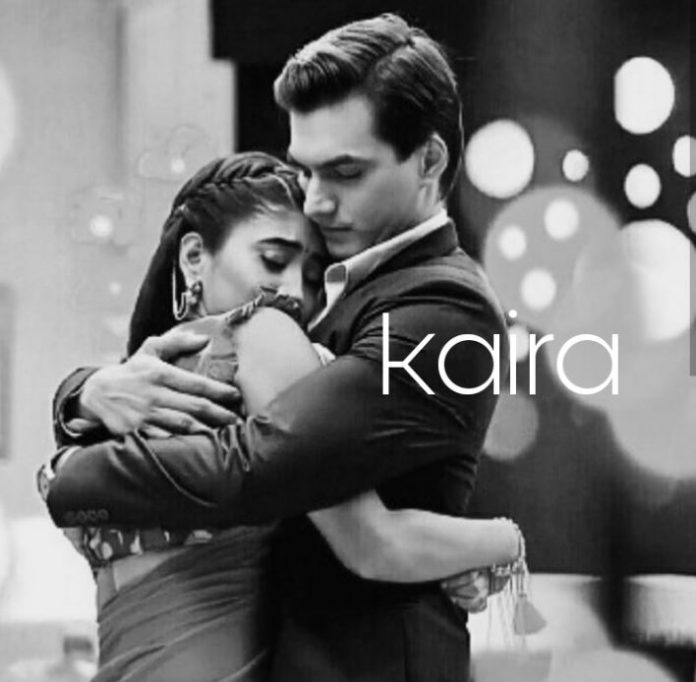 Big Surprise in Yeh Rishta: Kartik and Naira’s magical I LOVE YOUKartik gets restless to know if Naira has forgiven him. Naira sends him a message through Lav and Kush, and asks him to meet. Kartik rushes on knowing about her message. Lav and Kush convey Naira’s message secretly. He meets Naira and gets eager to know her reply. Her silence makes him tensed. He asks her again if its not easy for her to forgive him. Naira tells him that she has taken a decision and has called him at odd hours to tell him that she can’t forgive him. He gets stunned by her response.

A surprise awaits him, since she tells him the reason for not forgiving him. She tells him that it wasn’t his mistake, it was his natural reaction and even she has made a mistake to turn egoistic and not attempt to reconcile.

She asks him not to feel guilty, she isn’t forgiving him, as he is not at any fault. She apologizes to him. Kartik also finds her innocent and doesn’t want any apologies to come between her. Naira breaks down and tells him that she still loves him. Naira tells I love you, the three magical words to him. She says this is my reply to your question. Kartik gets happily overwhelmed and tells Naira that he also loves her a lot. They both confess love to each other.

Kartik happily lifts her in arms and hugs her. They both unite and spend romantic time together. They have a big task to convince their families for their remarriage. Suwarna realizes her mistake and melts her heart for Naira a little bit. Kartik wishes Suwarna accepts Naira as her daughter-in-law again, as Naira is the soul of his life.

Tonight in Yeh Rishta Kya Kehlata Hai: The show marks KaiRa’s confession, union and celebrations… Manish tells Suwarna that Kartik is resting in his room. She worries for Kartik and Naira too. Manish gets happy that she has a worry in heart about Naira too. She tells him that she has loved Naira before too, and somewhere in her heart, she wants Naira to be fine and happy. Manish asks Suwarna to talk to Kartik and try to end his annoyance. Suwarna goes to talk to Kartik and mend their terms like before. She apologizes to him. He tells her that they need to apologize to Naira. He knows she won’t talk to Naira, and thinks to meet Naira and apologize. Naira doesn’t know about Kartik’s welfare. Rajshri asks Naira not to hurry for everything. She asks her to restrain her feelings and not rush to meet Kartik, since this may hurt both the families. She asks Naira to have food and take rest.