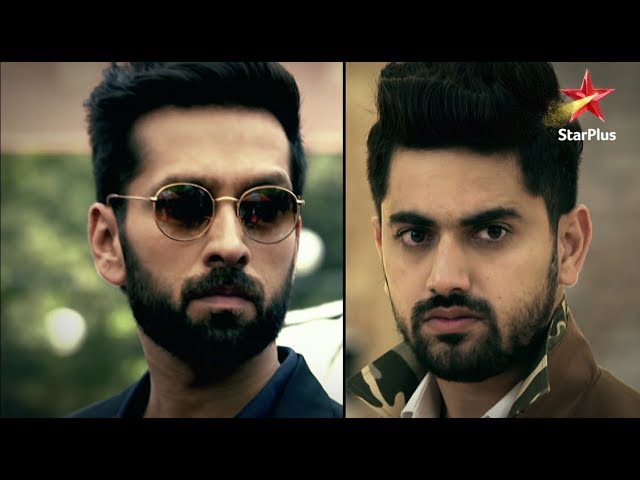 In Ishqbaaz, Tej accepts the bitter truth that Shivay has killed Nancy. Anika knows Shivay well and tells Bhavya that Shivay can’t kill anyone, he has risked his life to save her before. She asks Bhavya to understand that Shivay is being framed. Bhavya sympathizes with her. She tells Anika that evidences are against Shivay and she is following the orders to arrest Shivay. Anika begs them to stop police from arresting Shivay. Omkara and Rudra console Anika. Bhavya attempts to arrest Shivay, but realizes that he has run away. She tells the family that Shivay has proved his crime by running away. Shivay really flees. They don’t understand why he has run away, by fear or guilt. The police chases Shivay. Mohit wants Shivay to get behind bars at any cost. Shivay hides from the police. Bhavya tells them that Shivay has committed another crime by cheating the police.

She scolds the family for helping Shivay escape. Rudra tells her that they respect the law, they didn’t plan to help Shivay flee. He tells Bhavya that Shivay is innocent, he isn’t a criminal. He insults Bhavya in anger. Bhavya tells him that she understands his emotions for his brother, but he is a criminal for them. Shivay turns helpless and feels bad to run away from his family. He knows his family needs him too.

He wonders till when will he run this way. He wants to find the real culprit and get back to the family. He starts hunting for clues. Everyone consoles Anika. Anika feels sorry for Shivay, who is innocent, yet helpless. Bhavya taps the phones and wants to know if Shivay contacts anyone. Shivay calls up Anika. Anika asks him if he is fine. She cries while talking to him.

He apologizes to her. He tells Anika that he has run away to prove his innocence, its about his family’s respect, which is at stake this time. He promises to come back home after finding the real culprit. Bhavya hears their emotional conversation. Shivay asks Anika to look after his family till he returns. Bhavya learns about the CCTV footage which he has got. She asks Shivay about the footage. She tells him that she can help him if he shares the evidence. Shivay disconnects the call.

Anika doesn’t tell anything. Omkara and Rudra try to erase the evidence, since Shivay appears as the culprit in the video. Anika refuses to help Bhavya. Bhavya asks them to understand that the case will get complicated if they behave rigid. Omkara asks Bhavya to find Shivay if she can. He loses his temper when Bhavya tags Shivay a criminal. Bhavya looks for Rudra, who deletes the evidence in time. She misses to see Rudra destroying the evidence. She suspects him. Rudra flirts with her and diverts her. She tells him that she will find the footage and Shivay as well. She tracks Shivay’s location.

Shivay gets the video and watches it again to know the culprit. He gets some sense and realizes that he isn’t in the video. Rudra is sure that Shivay is working on some plan and will really find the culprit. Bhavya tracks Shivay and tries to reach Shivay, finding his location stable. Shivay sees the police and hides away.