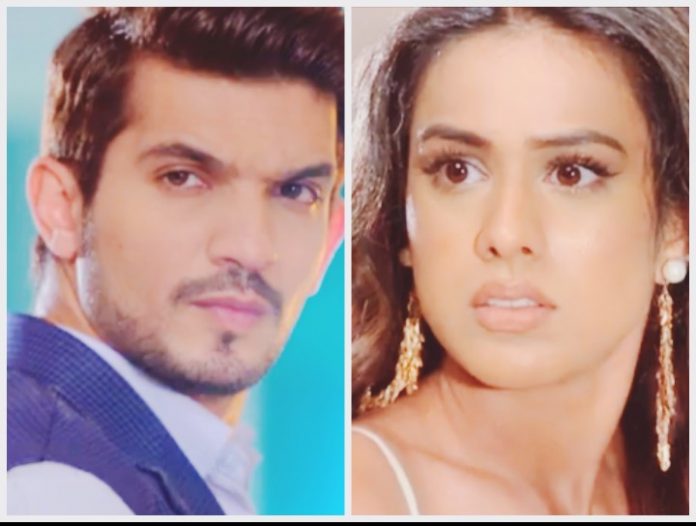 Ishq Mein Marjawa: Aarohi to return for revenge… Tara and Virat play a drama to impress Deep’s mum. Tara acts like an ideal bahu. Deep’s mum is thankful to Tara for saving her life. She starts regarding Tara as her daughter. She believes Tara. Deep knows Tara’s dangerous side and worries for his mum’s life. Aarohi gets back to take revenge from Deep and Tara. Virat shows his aggressive side again. Deep has become richer than Virat. He fixes the house name board by his mother’s name. Virat wants the house to be on Raichand’s name.

Virat gets angry and asks Deep what is he doing. Deep asks his guards to catch Virat and teach him a lesson. Deep doesn’t feel like answering Virat. He makes a leave from there. Guards leave Virat. Virat angrily ruins the things around. Deep gifts all the property to his mum Vasundara. Virat wants to make a plan to fail Deep. Aarohi gets misunderstanding Deep again. Aarohi doesn’t want to spare her enemies. Tara uses Deep’s mum to blackmail him into obeying her. She gets a new person related to Deep to threaten him. Tara gets controlling Deep once again.

Deep, Tara and Virat always worked as one team. They have now got against each other. Virat is ready to kill Deep. Tara doesn’t care for Virat’s problems. She is glad that Deep is with her. Virat tells Tara about Deep’s cheat. She doesn’t show any concern. She doesn’t react. He asks her if she won’t support him. She tells him that she got Deep and also his mum’s support now. He tells her that she is selfish and just thinks for herself. He feels left alone. He wants to handle his problems all by himself. What will Virat do now? Keep reading.