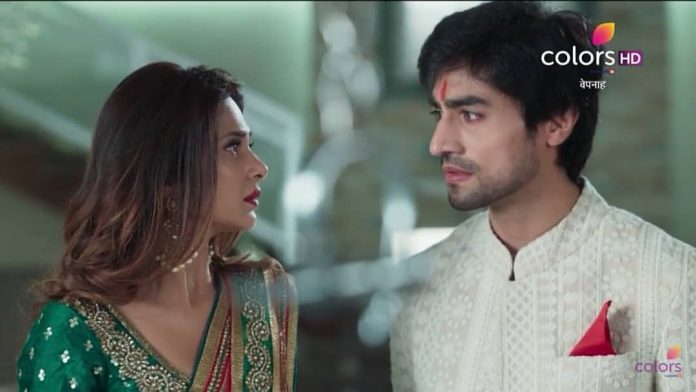 Bepannaah: Aditya-Zoya retaliate Rajveer’s retribution… Aditya wants Zoya to be strong and win Rajveer’s trust. They want to know the real truth of Rajveer’s past. Aditya and Zoya get emotional while he feeds her the Sargi for her first Karwachauth. Moreover , Aditya and Zoya manage to fool their enemies on Karwachauth eve. Rajveer and Nani keep an eye on Zoya, so that she hurts the Hooda family. Zoya acts of hurting the family just to pretend for the world. She knows she is being watched by Rajveer. She informs Rajveer that she has done her work. She warns him against fighting with Harshvardhan.

Meanwhile, Rajveer is sure that Harsh would fail in front of him. Nani feels Zoya is too foolish to come in their words. She pities Anjana. She really wants Zoya to take revenge on Hooda family. Anjana throws a lavish party for Zoya’s first Karwachauth, even though she dislikes Zoya.

Anjana gets more against Zoya after the jail visit. Aditya wants to keep his family united. He knows the fact that Zoya can never commit a mistake, even by mistake. Aditya and Zoya stay distant in front of everyone. They pull off a drama and ignore each other. They seem like enemies. They hide from everyone by taking advantage of the darkness. They fulfill the Karwachauth rituals in a sweet filmi way.

Aditya ends her fast with love. He tells her that he knows her good intentions and she need not be scared of anything. He doesn’t want Zoya to lose courage. He encourages her to continue the drama, since they have to save Wasim from Rajveer. They don’t want any of the family members to suffer. Anjana and Zoya’s arguments go on. They both love Aditya a lot. Anjana finds Zoya a villain in her life. Anjana reprimands Zoya in the party. Aditya and Zoya want to catch the real villain of their lives. Karwachauth brings a wave of romantic moments between the lovely dovey couple.