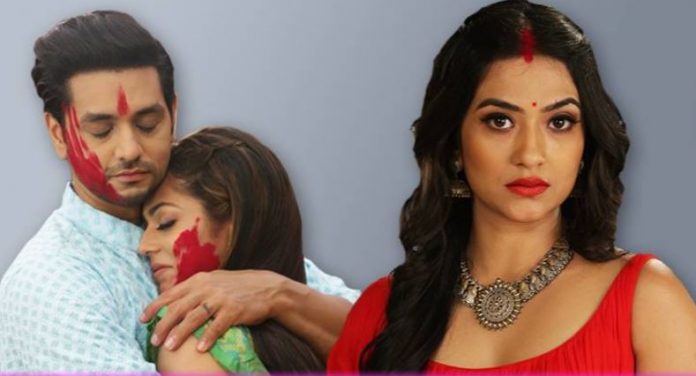 Silsila: Short leap, new entry and big twists lined… Kunal and Nandini will be seen romancing and celebrating their union post marriage. Their happiness will be seen, while Mauli sheds tears for her broken. Mauli’s character will get a revamp while the show brings a short leap. Mauli will be seen in a different modern avatar. She will be seen as a happy person, who has hidden much pain within. She celebrates new happiness in her life. There is an entry of a new guy in her life. The guy is Mauli’s wonderful and loving friend Ishaan. Ishaan brings much happiness in Mauli’s life. Dida and Yamini wish that Ishaan replaces Kunal in Mauli’s life.

They want Mauli to settle down with Ishaan. Ishaan is considered just a friend for Mauli, but he loves her dearly. He likes Mauli as an independent woman. She is living her life as a single mother. Ishaan wants to become her support. He doesn’t expect anything from Mauli. Ishaan is very positive and cheerful. He is a business tycoon. He is very rich, and yet a very humble person. He gets close to Mauli, her daughter and family.

Everyone loves Ishaan. Ishaan brings a lot of gifts for Mauli’s daughter. He loves her dearly. Mauli’s daughter calls Ishaan her father. Ishaan knows Mauli also likes him as a friend. Ishaan is hopeful that she will accept him as a life partner when she changes mind. Mauli doesn’t want to get remarried. Ishaan wants her to decide on her own. He doesn’t compel her to consider re-marriage. Mauli couldn’t get over Kunal’s love. Ishaan loves Mauli along with her past baggage. Ishaan’s sweet charm will add more interesting twists in the coming track. Will Kunal return in Mauli’s life? Keep reading.

Akbar announces Salim as the next King. He takes the crown for Salim. Abul Fazal stops Akbar from crowning Salim. He informs Akbar that the crown is poisoned, which would kill Salim. Akbar gets a huge shock. He asks Abul Fazal to kill the evil culprit behind this conspiracy. Akbar makes Salim wear his own crown. Salim gets emotional. Akbar gives his responsibility of kingdom to Salim. Its a happy moment for family.

Chakor swears to take revenge on Vikram. She can’t see Anjor in much pain. She learns about Aarohi, who could help her save Anjor. Suraj supports Chakor. They both want to battle with evil again. They were ready to sacrifice their daughter for saving hundreds of village girls. They tell Vikram that his move can never break them down. Chakor promises Suraj that she will give a worst life to Vikram and his evil gang. She wants to make Anjor recover, and also win the justice battle.