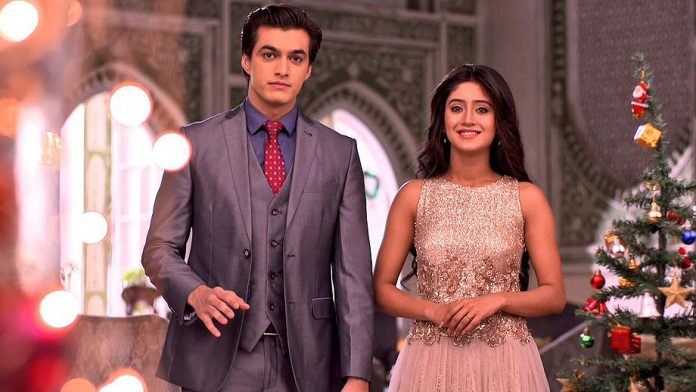 YRKKH: Kartik-Naira receive Samarth’s open challenge… Kartik questions Naira about her fast. He doesn’t want her to hurt herself. He turns upset with her. Naira tells everyone that she had a vow and had to observe the fast. She requests Dadi to convince Kartik. Suwarna asks Naira to talk to her and end his annoyance. Dadi tells Naira that Kartik has all the right to get annoyed. Kartik doesn’t want Naira to fall in any trouble. Kirti learns about Naira’s fast.

Naksh gets tensed, but Kirti hides the matter so that Naksh doesn’t vent our anger on Kartik. Naira convinces Kartik with love. She explains him that she has kept the fast for him, because of her vow to God. Kartik understands her concern. She apologizes to him. He forgives her for hiding about the fast. He helps her in completing her Karwachauth fast.

Naira tells Kartik that she can observe many fasts for him since he is her life. He doesn’t want her to take risk with her life. She gives him a cute gift. Suwarna is sure that Kartik and Naira will end their small issues and end the fast on time. Manish doesn’t want the situation of the house to get worse. Suwarna assures him that nothing can separate Kartik and Naira. Kartik and Naira have cute moments while she ends her fast. Kartik recollects about getting an important pendrive from Samarth. Kartik and Naira try to check the pen drive. They get a big shock on seeing Goenka family pictures. Kartik gets amazed that Samarth has captured all the moments of their family time.

He wonders if he loves them madly or hates them. Naira tells him that Samarth’s intentions are not such that he loves them, which means that he hates Goenkas. Kartik and Naira learn about Manish’s health condition.

They don’t reveal anything to Manish and Suwarna. They head to Samarth and confront him about his real intentions. Samarth reveals his intentions that he conspires to burn Goenkas’ lives. He tells them that he is the Raavan, who would burn their Ayodhya. He tells them that even Ram and Laxman of Goenka family can’t stop him. He also warns them against interfering in his matters again. He open challenges Kartik and Naira and tells them that he will initiate Goenkas’ destruction on the day of Diwali. Naira also challenges him that they will prove love is mightier over hatred and rage.