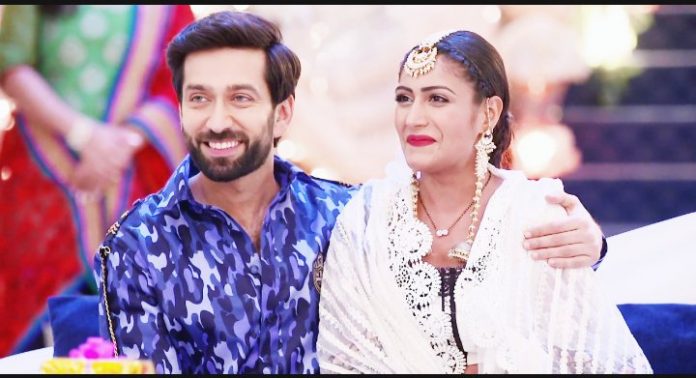 Ishqbaaz: Roop begins executing her evil scheme… Roop gets adamant to break Shivay and Anika’s happiness. She tries to prove that Anika isn’t right for Shivay. She creates the bad omens to fill fear in Shivika’s mind. Shivay feels there is nothing like bad omens, and its just someone’s plotting. He asks the family not to take stress, since nothing went wrong. Shivay doesn’t listen to Roop. He doesn’t want to postpone the remarriage with Anika. Anika falls in Roop’s words, when she finds the family in trouble. Shivay gets worried for Priyanka. He learns that Priyanka got overdrunk and slipped in depression. Shivay wants Priyanka’s life to come back on track. He wishes she forgives him like the rest of the family. Shivay feels responsible for her state.

He promises her that he will set everything fine like before. Anika stays worried for Shivay. Anika’s haldi ceremony begins in full swing. Roop knows to ruin the happiness forming around. She breaks Shivika’s picture and further instills fears in Anika’s mind. Anika cries in tension. She doesn’t want Shivay or anyone else to fall in trouble. Shivay proves to Anika that bad omens doesn’t happen randomly. He asks Anika not to take any stress. Rudra throws a party for Shivay and Anika.

Rudra tells Shivay that he doesn’t need any help and will do the best preparations. Roop starts plotting against Rudra. Shivay and Anika have a romantic moment. Nani happens to gift them a masterpiece. Shivay and Anika celebrate love once again. They look perfect together. Anika gets worried by the series of bad omens. Her mangalsutra breaks down. She gets really panicking for Shivay. He assures her that he is always with her. Rudra and Omkara check the arrangements. Roop tries to frame Rudra by laying the current wires to electrocute Shivay. Rudra also gets a current shock. He gets saved.

He asks Khanna not to share this incident with anyone. Roop sheds crocodile tears and warns Shivay against Rudra. She acts good towards Shivay to mislead him. She tells him how much she is missing Tej. She asks them to enjoy the party till she visits the temple for prayers. Everyone enjoys in the party. Shivay isn’t aware of the danger trap laid by Roop. Roop hides from the family. She stays around to make sure that Shivay gets electrocuted and loses his life.