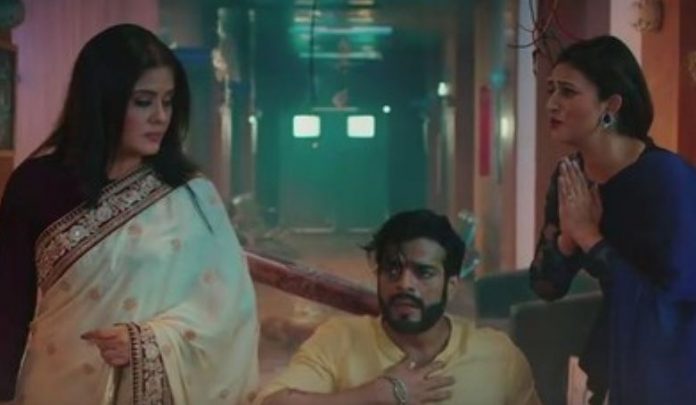 YHM: Sudha’s plan raises the drama higher… Sudha makes a plan to initiate her release, when her sons fail to arrange her bail. She finds a way to compel Bhallas to take the complaint back. She shares her plans with her sons. Aaliya and Ruhi stay happy like before. Their happiness get ruined when Rohan and Karan come home to negotiate. Kaushalya apologizes to Ishita on Sudha’s behalf. She wants Ishita to withdraw the complaint back so that Sudha can get free. Raman doesn’t entertain Kaushalya. He asks them to just leave. Raman falls in new trouble when the bank officials reach the office to meet Sudha. He is compelled to get Sudha released.

Kaushalya mocks Raman. She asks Raman what will he do now, won’t he get Sudha out of the jail now. She asks Raman to decide what will he do. He gets stubborn and refuses to free Sudha. He teaches a lesson to Kaushalya. He tells her that he has nothing to lose now. Sudha learns that Raman is adamant. She gets angry that her plan didn’t work. She wants to put Raman in a fix again.

Raman and Ishita get Sudha released. They help out Sudha just for the sake of their employees. They don’t want employees’ Diwali to get spoiled because of her. Raman doesn’t want Sudha to cheat them again. He wants to give bonus to his employees like always. Ishita asks Raman not to react and stay cool. Raman expects Sudha to give the bonus to everyone. Sudha cheats Raman again. She gets back in form. She tells Raman that she won’t follow anyone’s decision. Rohan and Karan get insulting Raman again. Raman realizes Sudha will never change. Mihika, Aaliya and Ruhi turn upset when some society women taunt for the broken relationships. Mihika defends Aaliya and Ruhi. She doesn’t want Aaliya and Ruhi to lose confidence.

She answers back to the women. She encourages Aaliya and Ruhi to always answer back to the wrong. Raman apologizes to his staff that he isn’t able to give them the bonus. Sudha makes a false promise and tells them that she will give them the bonus in the Diwali party. She keeps the condition to trick Raman and Ishita for attending the party. Ishita confirms the acceptance of Sudha’s invite. Sudha tells Rohan and Karan that this is her next plan where she will throw a bigger challenge to ruin Raman.