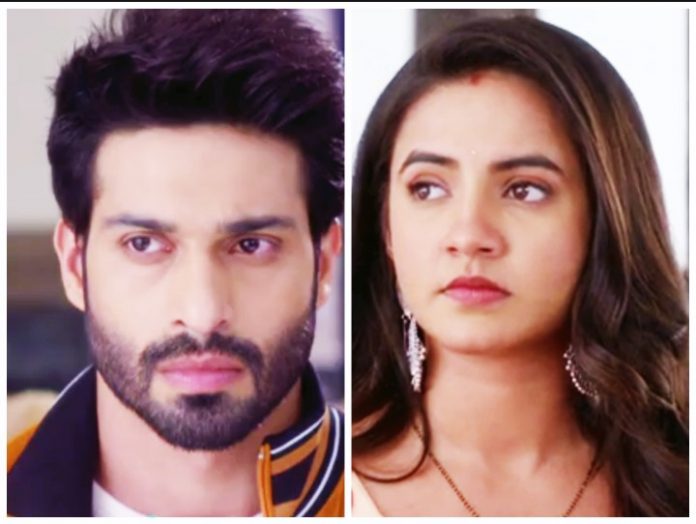 Udaan Chakor to strike a chord with Raghav… Chakor wants to conceal Raghav’s truth from Anjor. She gets a new tension when she learns that Raghav wants to cheat her and get away with the money. She learns that Raghav is a thug, who wants to reap the benefits from their sorrowful phase. She regrets to believe Raghav. She is helpless to take his help since his face resembles Suraj. She knows Anjor won’t be able to accept Suraj’s death as a martyr. Chakor gets Raghav at gun point and takes him home. She doesn’t let Raghav leave. She has to keep Raghav in control. She bribes Raghav. She knows his greed. He threatens Chakor that he will tell her truth to Anjor that Suraj is dead. Chakor and Raghav have an argument. Chakor felt he will help her.

He tells her that he won’t be scared of her gun, since he has the truth on his side, her family will not accept this truth. He keeps his demands in front of Chakor. Chakor sheds tears in loneliness. Tejaswini gets a shock when she finds Chakor crying. She asks Chakor the reason for her sorrow. Chakor shares her sorrow over Anjor’s state. Raghav doesn’t tell the truth to Anjor, and acts drunk.

Raghav covers up the truth and threatens Chakor that he can reveal the truth any time. Chakor gets emotional and misses Suraj. Tejaswini wants Chakor and Suraj to live happy. Chakor feels guilty that she is hiding Suraj’s death truth from Tejaswini as well. She doesn’t want to cheat anyone. Chakor breaks down. Raghav troubles Chakor for the sake of money. Raghav’s heart melts seeing Chakor’s sorrow. He feels he shouldn’t break Anjor’s heart by saying the shocking truth.