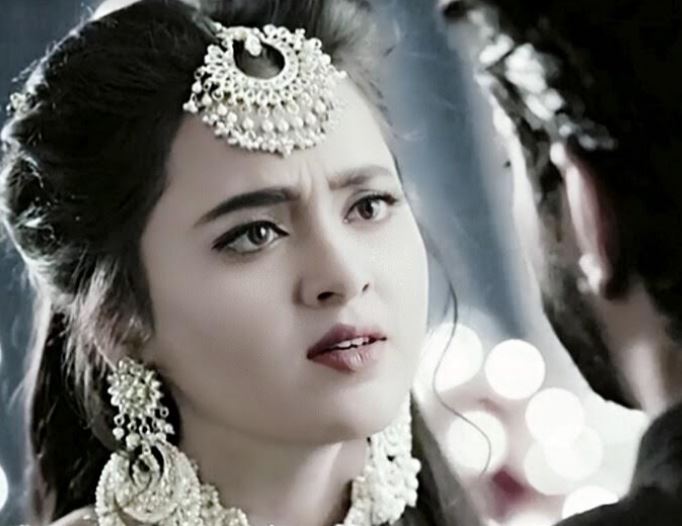 Silsila Kunal past streak realized by Mishti over time. Mishti feels sorry thinking of her love confession to Ruhaan. She thinks if she is just like Kunal and not more like Mauli. She has always been hating Kunal for his deceive towards Mauli because of Nandini. She has always judged Kunal’s affair and found it really unjustified. She thinks how can she marry Veer if she loves Ruhaan. She doesn’t want to cheat Veer. She feels bad that she has fallen for Ruhaan after getting engaged to Veer. She doesn’t want to go towards Ruhaan knowing she is wrong. She wants to be like Mauli, not like Kunal. She imagines Pari blaming her that she is just like Kunal.

Pari tells her that she is repeating Kunal’s mistake. She asks Mishti not to blame Nandini for Mauli’s sorrow, since emotions can’t be justified. Pari takes Nandini’s side and asks Mishti to see where she stands today, she is doing the same thing as Kunal and cheating her would be life partner for Ruhaan’s sake. She tells Mishti that she is following Kunal’s steps. Mishti shouts that she isn’t like Kunal, but like Mauli only. Radhika and Pari hear Mishti shouting and ask her what’s the matter.

Mishti gets lying that she is scared after the chaos. She tells them that she feels the marriage arrangements are happening so soon. Mishti tells them that she wants some time. Radhika asks her why does she look changed and keeping herself isolated from everyone. Radhika asks Mishti not to have any confusion in mind. Pari asks Mishti to tell them if she doesn’t want to marry now.

Pari wants Mishti to be happy. She says the wedding invites have been distributed, but her happiness matters the most, if she doesn’t want to marry Veer, then refuse for it. She gets emotional and hugs Mishti. She encourages Mishti to follow her heart. Mishti meets Veer and refuses to marry him since their relation lacks love. Veer can’t believe her reasoning for refusing to the marriage. He wants to know whom does Mishti love and why did she take this step.