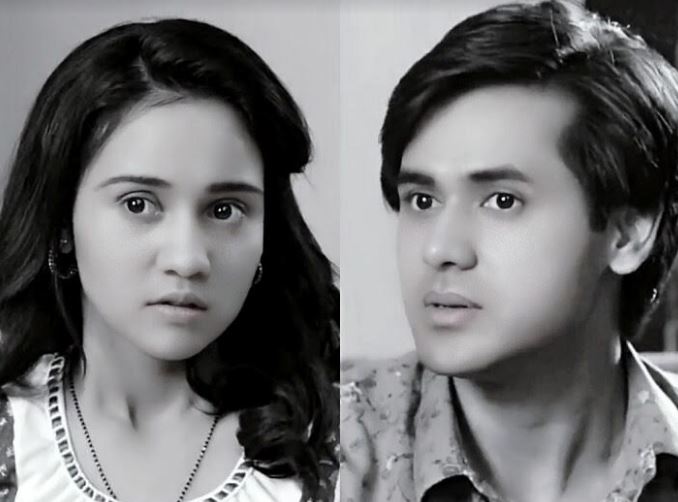 Yeh Un Dinon Mumbai Blues Sameer and Naina are still struggling in Mumbai. Rakesh meets them. He still dislikes Sameer and gets taunting him on the way of lifestyle. Sameer welcomes Rakesh home and asks him to go upstairs, he will get the luggage. Rakesh tells him that he is capable of doing his work. He asks for the car keys. Sameer tells Rakesh that he has given the keys to him. Rakesh asks am I lying them, you are calling me a liar, I don’t have the keys. Sameer tells Rakesh that he didn’t call him a liar, he just said that he doesn’t have the keys.

Rakesh fights with Sameer, which makes Naina worried. Rakesh wants a chance to argue with Sameer always. Naina stops their arguments. Rakesh tells Naina that he has come only for her, since he loves his daughter. Naina wants to support Sameer in his new career dreams. Sameer is annoyed because of Rakesh’s coming. Naina helps Sameer in his struggles to become an actor. He gets ready for his first audition and gets her best wishes.

Sufiyana Pyaar Mera: Zainab wants Kainat to marry Hamza. She prepares Kainat for the engagement ceremony. Kainat just wants to marry Zaroon. She gets angry and vents out by breaking the mirror. Zainab understands her pain and cries for Kainat. She goes to explain Kainat that Zaroon won’t love her and a woman shouldn’t lower her esteem even for the sake of love. She asks Kainat to see a good future with Hamza, who madly loves her. Kainat is hell bent to win Zaroon’s love.

Jatin learns Poonam’s truth that she has killed Raghu. He scolds Poonam for her crimes. He doesn’t want Poonam to do any other crime. Anjor suspects Poonam, while the latter puts the blame on Kiku. Anjor realizes that Poonam isn’t the culprit. She apologizes to Poonam by singing and dancing like a kid. Anjor feels guilty. Poonam wishes that Anjor will love and respect her because of the guilt. Poonam doesn’t forgive Anjor easily. Anjor puts much efforts to convince Poonam. There will be big revelation in Anjor’s birthday party. Chakor will be unmasking Poonam’s true face in front of everyone.

Dhanak gets a shock when Raghu is caught for stealing money. Dhanak interrogates the case. She questions Raghu. Inspector tells Dhanak that Raghu is the culprit, he had got the money by illegal things. Dhanak isn’t able to save Raghu. She is bounded by the duties. Maai meets Raghu and scolds the inspector for arresting Raghu. Dhanak stops Maai from breaking rules. She also loves Raghu, but she can’t help him since its about law. Maai gets Raghu bailed out. She gets him home. She throws things in the chawl area to vent out frustration. Raghu isn’t angry since he believes that Dhanak will trust him and prove his innocent. Dhanak misses Raghu and wants to end his annoyance. Dhanak wants to get evidence in Raghu’s favor.

Jhansi Ki Rani: Gangadhar and Mannu spend some quality time together. Mannu gets happy by his gestures. She asks him what food would he like to have. He asks her to make Puran poli for him. When Mannu struggles to cook, he helps her in the preparations of his favorite food. She gets touched by his kindness. He teaches her cooking. He plans an outing with Mannu. Mannu is happy to get some good moments with Gangadhar.

Aapke Aa Jane Se: Sahil and Vedika have a romantic moment. Vedika gets her hand burnt while cooking. She struggles to tie the saree plaits. Sahil helps Vedika and tucks up the saree by setting the pleats. Sahil makes her decked up and takes her to meet the guests. The guests who come for Sahil’s sister’s alliance comment on Sahil’s marriage with an elderly woman. They feel Sahil’s family isn’t good and disapprove the alliance. They get taunting Sahil and Vedika. Sahil wants to support Vedika and honor her dignity.