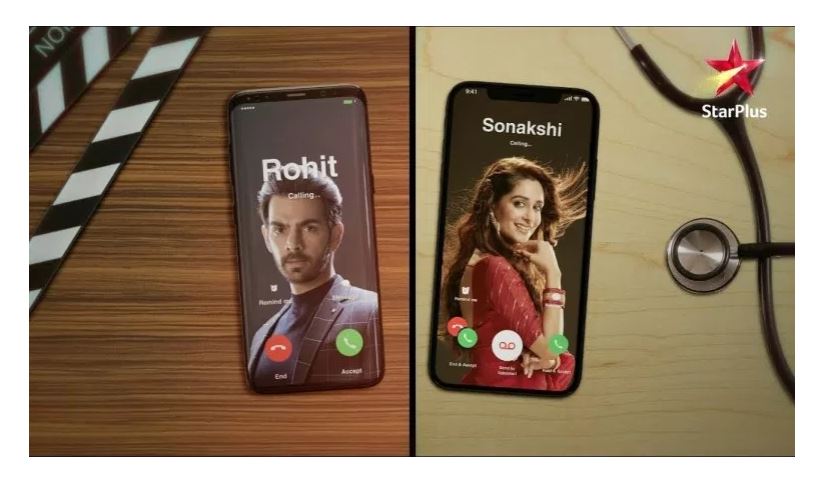 Star Plus Drama Peaked 21st June 2019 Yeh Rishtey Hain Pyaar Ke Mishti calls Kunal to request him. She feels he won’t come and tells this to Abir. Kunal reaches there surprisingly. Kuhu runs to hug Kunal. She gets too happy. He tells her that he left the meeting for her sake. She tells him that she got drunk since she was missing him a lot. Meenakshi follows Kunal and finds him with Kuhu. She gets angered while Abir and Mishti get happy to see the love birds. Mishti tells Abir that there is definitely a high possibility of their union. Mishti gets Kuhu to senses by pouring water on her. Abir pouts water on Mishti to bring natural twist in their lies. Mishti brings Kuhu home. They both lie to the family and stay happy.

Mishti promises Kuhu that she will unite her with Kunal. Kuhu thanks Mishti. Abir tells Nanu about Kunal and Kuhu’s relationship. They pull Kunal’s leg by talking of Kuhu. Abir fixes a breakfast date for Kunal and Kuhu. Kunal agrees to keep his friendship with Kuhu. Abir messages Mishti and reveals her plan to unite Kunal and Kuhu. Mishti tells him that he knows everything what she wants. Abir wishes that Mishti knows his feelings too. Abir makes Kunal ready for his date. He asks Mishti to get Kuhu ready and bring her to the cafe.

Mishti asks Kuhu to not get decked up else the family will doubt on her. Kuhu wants to keep a subtle look. Abir and Kunal happen to come across Shweta on the way. Kunal gets disturbed seeing her. Kunal wants to get his answers from her. He wants to know why Shweta cheated him. Abir asks Kunal to come back soon. Shweta meets Meenakshi, who wants to separate Kunal and Kuhu. Abir knows Meenakshi’s plans and tries to use Shweta’s greed in his favor. Abir wants to make Shweta out of Kunal’s life.

Shilpi tells YK that she can bargain for more discount with Suman. Rohit doesn’t want Sonakshi to inaugurate the hospital’s new wing. Preeti tells Sonakshi that her operation is successful and her doctor is really good. Sonakshi recalls Rohit and his rudeness. Rohit gets happy knowing his parents are arriving. He rushes to get ready. He meets his parents and hugs them. Rohit and his mum spend good time. He doesn’t share a friendly rapport with his dad. Rohit’s mum wants to keep the family united. Rohit loses his watch. Sumit gets the watch and likes the costly finding. Rohit wants his watch back.

Sonakshi gets worried knowing about shooting a romantic scene. Sumit is ready to shoot the scene with her. Sonakshi makes some changes in the scene to keep Sumit away. She tells him that romance scene won’t go well with the story. Sonakshi leaves him upset again. Sonakshi always stays humble and doesn’t charge money when its about a medical event. Suman wants to take the money from Rohit’s family, who had booked Sonakshi for the event. She gets into an argument with Rohit and demands money.

Suman learns that Rohit is the owner of the hospital. She likes him and thinks to reap benefits from Rohit. She wants Sonakshi to marry Rohit. She calls Sonakshi and asks her to come for the event directly from her shoot. She lies that she didn’t take any money for this event. Sonakshi shoots a scene under the tree. She gets to hear Rohit’s shout for help. She rushes to save him. They meet once again in a bad situation. Keep reading for Star Plus Drama Peaked up twists.