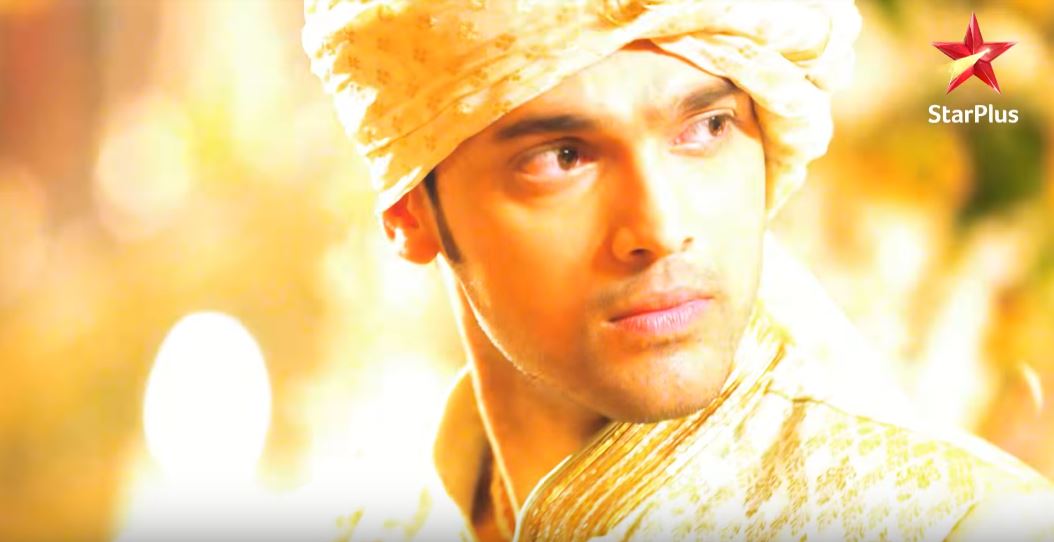 Kasautii Saddening Phase begins for Anurag 9th July 2019 Anurag speaks to Prerna and gets confused by her sorrowful talks. He tells her that he is aware of her selfless immense love and he loves her a lot as well. He knows she will do everything for his betterment. He calls her out at the window to see the shining moon. He tells her that he can see her reflection in the moon, they can talk to each other via the moon, who is witnessing both of them. Mr. Bajaj also sees the moon at the same time and gets angered recalling Anurag’s invite for the wedding. He tears Anurag and Prerna’s wedding invite. Prerna is sinking in sorrow over the deal with Mr. Bajaj.

She misses Anurag. She wishes she could tell the truth to Anurag. She reminisces the moments spent with him. She feels she lost Anurag and got separated with him for his freedom. Her dreams shatter. Mr. Bajaj calls her home. She tells him that she will come soon. Mr. Bajaj tells her that Anurag came with a wedding invite and they have to present a shock to Anurag. He tells Prerna that they will get married before Anurag’s marriage. They will shock Anurag when he would be waiting for his bride in the mandap. He wants to introduce Prerna as his wife. Prerna shatters hearing his bad plans. Prerna hugs Veena and cries.

Veena consoles her and asks her to be strong, the family is close and they can meet anyone. Prerna packs her bags and leaves for Mr. Bajaj’s house. Anurag gets confused over his clothes. Anupam pulls his leg like always. He asks Anurag to select the horse for his baraat. Anurag wants to take his baraat in a car, as its Prerna’s wish. Anurag calls Prerna to take her advice. He finds Prerna crying and asks why is she so emotional all the time. Prerna hides her sorrow from him. Anupam feels Anurag and Prerna are made for each other, and have true love between them.

Anupam teases Anurag. Prerna tells Anurag that she is very busy and may not talk right now. She reaches Mr. Bajaj and tells him that he did a big mistake to decide to marry her, since he can never win her love. He is ready to bear her hatred. He feels he has won that he has broken two unconditional lovers, he has separated them which was impossible for someone else to do. He asks her to prepare for the marriage. Mr. Bajaj plans to introduce his wife to Anurag and defeat him forever.