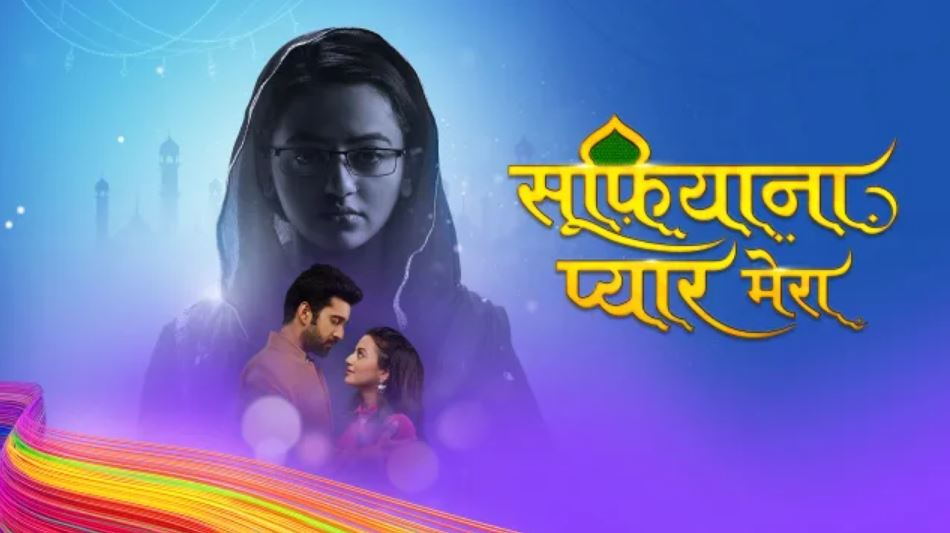 Sufiyana Pyaar Evil plotting by Kainat yet again Miyajaan gets delighted to find Zaroon and Saltanat fine and alive. He hugs them and apologizes for not valuing them before. He asks them to come home. Mamoon also hugs Zaroon and feels sorry to make his precious son away. Kainat doesn’t know how they got saved. Saltanat tells them that Zaroon has saved her life. He tells the family that Saltanat has rushed to save Preeti’s life first and she is indeed a good soul. Miyajaan takes them home and asks them to stay with family. Saltanat asks Zaroon not to vent anger on Kainat. He feels Kainat has lost her mind and acting good to cheat them. She doesn’t tell him that Kainat is her own sister. He asks her not to raise a question on Kainat. Miyajaan declares Kainat as his heir.

He wants Kainat’s husband to get his heirship. Kainat asks Mamoon not to object to Miyajaan’s decision. Zaroon isn’t interested in the property. Kainat reveals her plan to Mamoon. Mamoon accepts Zaroon and Saltanat’s marriage decision after knowing Kainat’s plan. Zaroon and Saltanat get saved from Kainat’s evil plan. Kainat saves her name from the blast blame once again. Kainat expresses her happiness towards their marriage to fool them. Miyajaan accepts Zaroon and Saltanat back in the family and wants to get them married in a grand way. Zaroon doesn’t know that Kainat is still trying to kill Saltanat.

Kainat takes Saltanat’s bridal dress with love and plays a big drama. Kainat thinks Zaroon has rejected her love again and again. Zaroon develops hatred for Kainat knowing her crimes. He doubts that she is behind the blast incident. Kainat apologizes to Saltanat and fools her. Saltanat questions Kainat to find her intentions. Kainat acts innocent. Zainab knows Sabina’s crimes and wants Sabina to leave the house. Kainat and Sabina are still partners in crime. She wants Sabina to work out her plans. Kainat is happy that none has a doubt on her now.

She bids bye to Sabina by hugging her. Saltanat doesn’t get clear about Kainat and keeps an eye on her. Saltanat knows Kainat’s limits. Rubina and Zainab fail to overhear their conversation. Saltanat wants to secure Zaroon and her relation. She doesn’t want to expose Kainat’s crimes to the family and gives her a final chance to reform. Kainat is still adamant to stop Saltanat and Zaroon’s marriage.