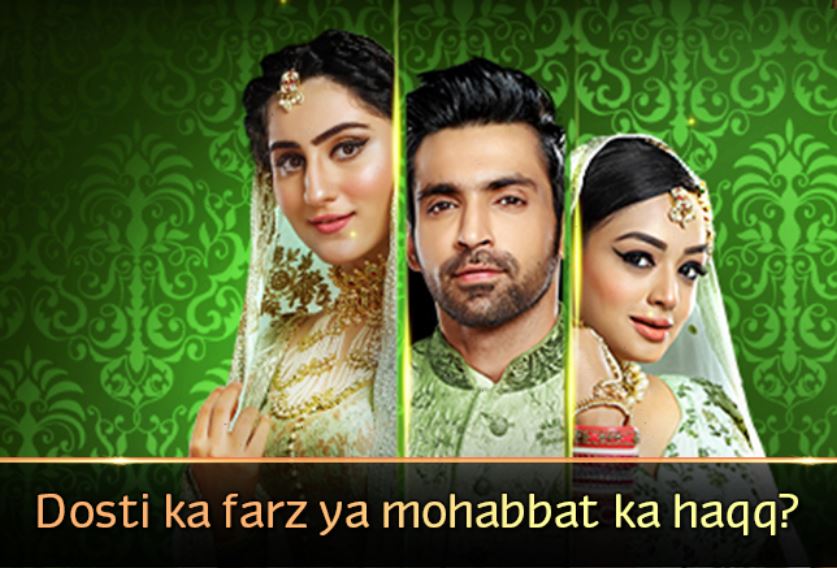 Spoilers Tuesday Alert Bahu Begum and more Raja Beta: Purva is still mourning for her abortion and couldn’t bear that Vedant has aborted her baby without her knowledge. Vedant tries to give her clarification and asks Pankhudi to say, but the latter manipulates his own words and traps him. Vedant asks Purva to leave him, file case against him and file a divorce. Pankhudi gets happy to hear this. Purva refuses to file any case on him and asks him to just leave from her life. Pankhudi instigates her against Vedant and asks her to start her life with Rahul. Purva refuses. He tells that she can’t handle any more betrayal now. Pankhudi determines to divorce Vedant and Purva and send her with Rahul. Vedant thinks to find out from where Pankhudi brought the HIV reports of Rahul and baby.

Bahu Begum: Shayra gets critical and asks Azaan to promise her that he will marry Noor. Azaan is forced by his wife to marry Noor. He promises her with a heavy heart. He comes to Noor and tells her that he will marry her, but will love only Shayra, till his last breath. He says Shayra and I will separate, but you will stay alone. Noor has turned negative since her mother’s death and blackmailing Shayra since then. She tells that she will not be alone, as he will be with her and says you think I am wrong, now I will do wrong.

Jaat Na Poocho Prem Ki: Doctor calls Badal and asks him to deposit the money for Mohan’s operation. He says if you don’t deposit the money then your father’s operation can’t happen. He says operation shall happen sooner. Meanwhile, Suman keeps Teej fast for Badal thinking her as her husband still without telling anyone about it. Arjun finds out about Badal and comes to his house. He gives him an offer and asks him to forget Suman and in exchange of it, he will treat his father and bear the hospital charges and medicine. He says for this you have to go away from Suman’s life. He asks if he accepts his deal.

Main Bhi Ardhangini: Adhiraj is about to see Mohini, but Maha Maya shouts and calls Adhiraj. She tells him that the captive Naagin fled and asks him to go and kill her. Mohini thinks to stop him and protect Naagin from him anyhow. Maha Maya fumes in anger. Mohini goes behind Adhiraj. Bhujang has become stone shocking everyone. Chunnu loses the papers because of which Bhujang has become stone.

Ek Thi Rani Ek Tha Ravan: Premlatha tells Ram that tomorrow is a special day and asks if he remembers. Ram asks what is there tomorrow? Premlatha questions if he doesn’t remember. Ram asks what? Mayura helps him and tells that his outfit is ready for his birthday. Ram says he was fooling them. Later, he gets emotional and says he was unaware of his own birthday. Mayura sees his pain. Roop and Kesha conspire for her entry in the house. Premlatha gifts him a car and gives the keys. Ram gets happy and thanks to her. Premlatha says you are my only son.

Ram gets upset and refuses to accept the gift. Mayura makes medicine cake for Rivaaj to make his life hell. Kesha plans to get Rivaaj accident and tells Roop that she will save him and then he will take her home. Ram gets saved from Kesha’s plan. Later, he stops Mayura from taking revenge from Rivaaj and says his revenge is remaining for the injustice meted to him. Mayura asks what do you know about injustice and tells that injustice happened with her, she has seen her sister on the road and her husband getting killed by Rivaaj. Ram asks who are you? Mayura says she is Rani, Raghav’s wife. Ram is shocked.