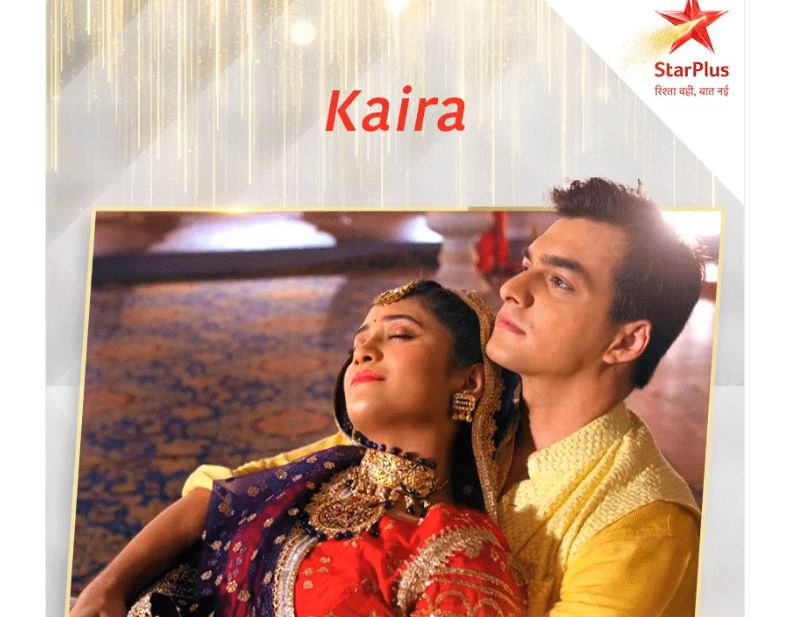 Yeh Rishta TellyReviews Highlights Kartik and Naira have a big fight, which is witnessed by little Kairav. Kairav plans a surprise for them. He wants to show them their picture. Naira tells Kartik that she admits her mistake of not facing his questions and running away from the family. She feels she has done wrong to punish Kairav and family because of Kartik’s mistake. She knows she has taken an irresponsible decision by isolating herself, away from both the families. She regrets to do so and confesses that she has been wrong in her decisions. She asks Kartik to realize that even she was shattered that time. She doesn’t want him to be self-centered always.

He asks her not to take Kairav away from him. She doesn’t care what he thinks of her. She doesn’t want to snatch Kairav from him. She tells him that their relation can never be fixed now. She holds him responsible for breaking it. Kairav witnesses their terrible fight. He gets petrified and breaks down in tears. He wants to get an answer from them. Naira finds the fallen photo and realizes that Kairav has pasted his photo over it. She tells Kartik that Kairav was outside the door and heard everything. They run to talk to Kairav.

They get scolded by Kairav, who is fed up of their fights. Dadi, Suwarna, Manish and Vedika also worry for Kartik and Naira’s situation of handling Kairav. Kartik lies to his son at first. Kairav tells him that he knows everything and they need not lie now. He had witnessed their fight entirely. He feels upset that his parents don’t have a loving bond between them. Naira tells Kartik that they should explain the truth to Kairav and hopefully he will understand then. Kartik gets hesitant to share anything about the past.

Naira tricks Kairav once again, while everyone was worrying that she will foolishly tell Kairav about her separation with Kartik. Naira manages to console Kairav by reasoning out a different fight topic. Kartik is thankful that she had handled Kairav well. Bhabhimaa behaves panicking which worries Naksh. She tells Naksh that Teej festive is approaching and it will be worse for Naira if she stays in Goenka house in the presence of Vedika. She doesn’t want Naira to face taunts and insult in Goenka family. She wishes to bring Naira to Singhania house.

Naksh and Devyaani explain Bhabhimaa that Naira would not be remembering about Teej, since she is much tensed for her son. They ask Bhabhimaa not to double Naira’s troubles. Bhabhimaa realizes the pain Naira is going through. She feels she should leave the decision on Naira. Meanwhile, Vedika finds Kartik, Naira and Kairav’s happy family. She thinks its tough to separate them. She doesn’t intend to do so, but feels sorry that Naira is shattering her marriage. Kartik and Naira promise Kairav that they will never fight and always rectify their mistakes from now. They hug Kairav with love.

Vedika gets an advice from Dadi. Dadi wants Vedika not to leave her rights for Naira. She tells Vedika that Naira can’t come back anytime to take her place back in Kartik’s life. She wants Vedika to claim her rights on Kartik. Naira and Kartik shed tears of sorrow over their life’s situation. They get a good news about Kairav’s recovery. They realize Teej’s preparations happening in the house. Dadi tells them about Teej festive, which makes them slip back in the past memories. Dadi asks Kartik to celebrate Teej with Vedika. Kartik longs for Naira. Bhabhimaa realizes that she has to send Vedika’s Shagun instead Naira’s.

She doesn’t know how will Naira keep her strength on seeing Vedika as Kartik’s wife. Everyone knows Kartik and Naira’s relation was too strong before and it had become too painful right now. Naira gets scared when she senses a big confrontation from Vedika. She daydreams of the possibilities. She fears that Vedika would demand her to leave from Goenka house. She gets her friend’s support again. Naira gets helpless when Kairav demands Kartik and Naira to celebrate Teej together as a married couple does. Naira will be learning about Akhilesh and her friend Liza’s affair.