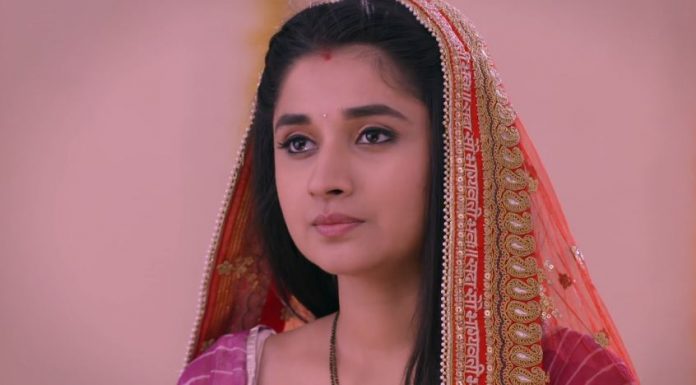 Guddan Akshat remarry; Antara burns in revenge ire Guddan tries to stop Antara and Akshat’s forced marriage. Antara tells Akshat that Guddan can never do anything to save him. Guddan does the impossible and takes all means to reach the temple in time. She determines to end Antara’s evil. She expresses her love for Akshat. She accepts that she loves Akshat, just like he loves her. She tells him that he was very much right to know her feelings. She is happy that his love made everything possible. She recalls his love confession and gets emotional. Akshat stops Antara from hurting Guddan.

He threatens to kill Antara, if she harms Guddan. He gets brave and declares his love for Guddan. Guddan’s brave act turns out shocking for Antara. Guddan asks Antara to witness their marriage. She takes the rounds with Akshat happily. Antara gets mad seeing them uniting. Guddan lectures Antara over her triumph. Antara plans to attack her again. Guddan tries her up and gets her arrested by the police. She doesn’t want Antara to harm Akshat and her. Antara challenges Guddan for a new game. She tells Guddan that the real game will begin and Guddan will shed tears of sorrow. She threatens of killing Akshat’s family.

She declares Mahabharat. She wants Guddan to give a sacrifice of her loved ones. Guddan doesn’t care for Antara’s threatening. Akshat is relieved on getting Guddan’s love back. He shows his faith in his life. Guddan informs Durga that Antara got arrested. She tells that Akshat is with her, and even Angad is safe. The family awaits Akshat and Guddan’s homecoming with much happiness. Akshat and Guddan finally get some moments of peace.