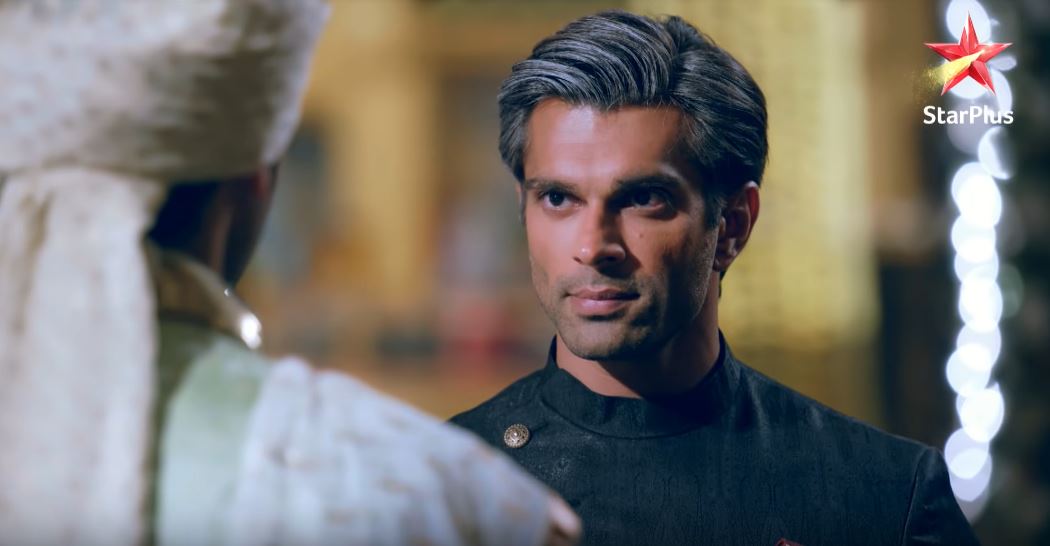 Kasauti Bajaj Insane move Shocking twists ahead Prerna shares her feelings for Anurag with Durga Maa. She thinks its getting too tiring to run away from Anurag, knowing he can’t live without her. She doesn’t want to hurt Anurag, since she has done everything for his sake. She didn’t wish him to get stuck at any point in his life. She expresses her sorrow that Anurag isn’t able to move on in life without her. She is helpless to be Mr. Bajaj’s wife. She feels hurt with Anurag’s pain. Anurag finds her hurt and gets her blessings so that she stays happy. Mr. Bajaj is happy to see his daughter bonding with Prerna. Prerna’s nuptial chain breaks accidentally by his daughter’s hand.

Prerna doesn’t care for it. Mr. Bajaj too doesn’t value it much. He tells her that he will get a new nuptial chain for her. Anurag and Mr. Bajaj get positive hearing Mohini’s announcement about the special dance to please Durga Maa, which would fulfill their prayers. They both want to get Prerna. They decide to oppose each other. Anurag wants Prerna in his life, since she is his love. Mr. Bajaj wants her since he got obsessed with her. Anurag wants Sharma family in the celebrations. He misses them. He keeps the same bonding with them like before. Veena tells the family that she likes Anurag a lot, he is good-hearted and the best guy for Prerna.

She wishes that they unite. Anurag prays that Mr. Bajaj’s evil is exposed. He wants the evil to end so that Prerna and he can unite. He is hopeful to win. Mr. Bajaj hires some goons and instructs them to light him fire during the dance program. He hands over Anurag’s picture so that they identify Anurag and blame him when they get caught. He wants to frame Anurag. He is sure that he will get Prerna. Later, Anurag and Prerna have a sweet moment. He tells her that her problems will end soon. He expresses his love for her again.

She can’t run from him always. She gets sinking in sorrow. She gets confronted by Mr. Bajaj. He doesn’t want to talk about Anurag again. He finds Prerna disturbed. Mr. Bajaj plans to risk his life to hit Anurag for the final time. Anurag and Prerna welcome Sharma family and get blessed together. Anurag is sure that his wish will be fulfilled. Mr. Bajaj wants to put an end to their lovely story. He plays a drama to ignite fire to himself. He puts the blame on Anurag. He wants Prerna to believe him. Prerna gets in a big dilemma again.Mr. Bajaj will be falling in Prerna’s eyes by his own insane tricks.