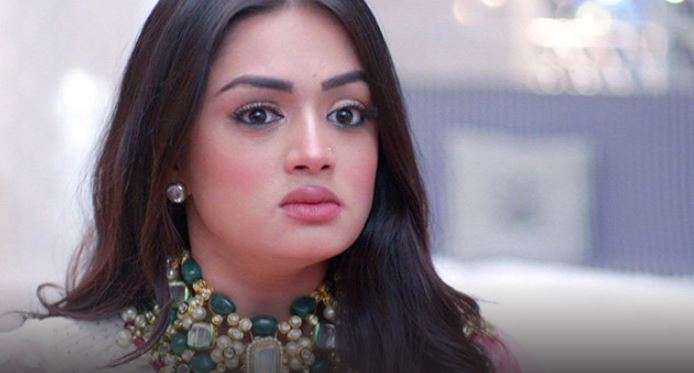 Bahu Begum Noor Shocking avatar of Tawaif next Razia returns home alive. She was caged inside the chest. It was tough for her to come back. Shayra asks Razia how did the chest reach home, who tried to kill her, its someone’s conspiracy. Ghazala tells Azaan that Shayra and Razia are her enemies. She asks Shayra how can she blame her for this, she has no idea about the incident. She asks Shayra is she trying to frame her. Razia tells Shayra that she is fine now. She asks Azaan and Noor not to worry for her.

Ghazala plays the innocent one and gets sympathy from Azaan. Azaan shows his faith in his grandma. Razia doesn’t want the old wounds to get revived. She asks Shayra to let the matters stay hidden, its for everyone’s betterment. Ghazala has come into the house to get what she wants. She wants to break Razia’s courage. Razia is a strong person and protective about her family. Azaan gets angry on Shayra for disrespecting Ghazala. He loves Ghazala much. He tells her that Ghazala is elder and deserves respect. He asks Shayra and Noor not to suspect Ghazala. He takes a stand for Ghazala, since his terms with her are good. He regrets for shouting on Shayra. He apologizes for bring rude towards her.

He tells Shayra that he didn’t intend to hurt her. Noor hides a secret. Ghazala and Noor’s team up may get known. Noor gives a shocker to Azaan and Shayra. She turns into a Tawaif, much to Azaan’s shock. He asks her the need for choosing such a costume character in the party. Ghazala wants to turn Noor against Azaan again.

Vidya:
Vidya arranges Kanjak Pooja at home. She celebrates Navratri. She feeds the poor girls. She wants to spread some happiness in the girls’ lives. She performs the puja by following all the rituals. Her in-laws support her. She gives them school stationery as gifts. She wants to help the poor girls and thinks the puja is a good medium to make resources reach the poor kids. Vidya and Vivek find this way to help people, without coming in Nanku’s sight.