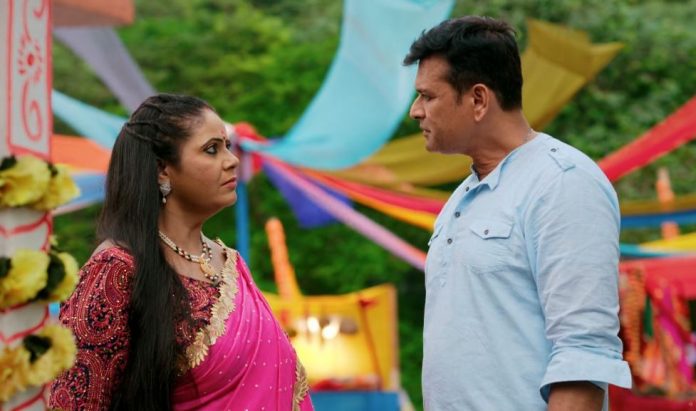 Rishte Pyaar Mehul Meenakshi clash over Abir’s alliance Abir clashes with Meenakshi in an upsetting way. Meenakshi is left heartbroken on seeing her son’s bitterness. Kunal yells at Mishti for breaking his family by bringing Mehul to them. Kunal and Abir also get against because of Mehul. Kunal doesn’t want any negative person around who hurts Meenakshi. He can never see his mother crying. Abir thinks otherwise, that Meenakshi is herself a negative person. Abir doesn’t want Kunal to disrespect Mishti. Abir doesn’t believe Meenakshi. Mehul surprisingly tells Meenakshi that he believes her. He knows she is righteous. He asks Abir to believe Meenakshi. Meenakshi tells them that she didn’t plan Mehul’s humiliation.

Nanu and Parul accept her word and ask Abir not to doubt on her now. Kuhu tries to explain Kunal that Abir needs time because of Mehul’s sudden homecoming. Varsha apologizes to Kunal because of Mishti. Kuhu doesn’t want Varsha to plead to Kunal all the time, since they don’t owe an apology because of Mishti. Kunal gets feeling guilty when he finds Kuhu hurt. He apologizes to Varsha. Mishti and Varsha make a leave from Rajvansh house. Mishti assures Varsha that she will always protect Kuhu’s happiness and never let Kunal leave Kuhu.

She loves Kuhu and can never hurt her. Varsha is relieved. Kunal asks Meenakshi to stay assured, he will take his revenge on Mishti. He tells her that Mishti will be crying for making her cry. He doesn’t want Mishti and Abir to unite. Kuhu cheers up Abir and tells him that Kunal would be fine soon. Abir is sure that Kunal will change being in his company. Kuhu is worried that Abir and Mishti’s alliance will bring troubles in the family. Mehul learns about Abir and Mishti’s alliance talks. He wants to support them, knowing Meenakshi is against them.

She is ready to tolerate anything for Abir’s sake. She just wants Abir to stay with the family. She hopes that he doesn’t get away by Mehul’s influence. Kuhu gets Kunal’s support when she plans Navratri Dandiya event. Kunal tells her that their family will always be united and strong. He tells them that the current problems are small and they will surely overcome it. Mehul and Abir discuss about the past. Mehul takes him for a panipuri competition. He lives happy moments with Abir. He thinks to fix Mishti and Abir’s alliance soon. Meenakshi gets upset with this. Abir expects her to agree. Meenakshi gets pressurized by Mehul. Will she accept Mishti for Abir? Keep reading.