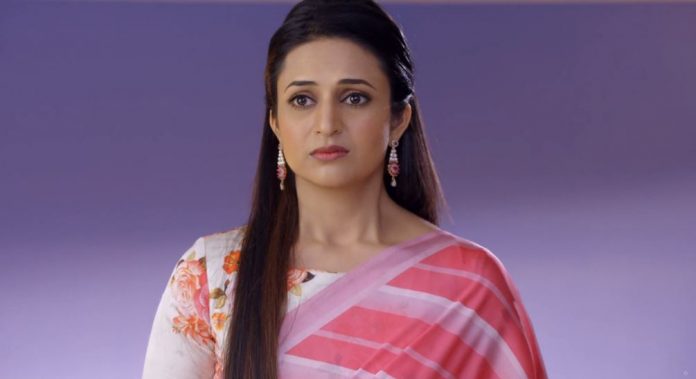 Ye Hai Mohabbatein Shocking disclosure for Ishita Bhuvan instructs Sunil to download the virus in the computer system and delete the patients records. Sunil does as instructed. Ishita wants to know about Neeti. Aaliya and Mani come to meet Mrs. Bhalla. Ishita enquires about Neeti at the reception. She doesn’t get any information since she isn’t related to Neeti. The people panic on hearing the fire alarm. Raman asks Ishita to rush out. He gets his family members out. Ishita tells him that they should check Neeti, she is still inside the hospital and no one from her family is attending her.

She asks Raman to accompany her. The nurse tells them that the fake alarm was intentionally triggered by someone. Ishita and Raman find it really strange. They don’t find Neeti in her ward. Even Neeti’s nurse goes missing. Raman wants to know where did they disappear. Raman tells Mani that its someone’s big conspiracy to stop them from meeting Neeti. Ishita wants to know about Neeti from the doctor. Doctor also has no idea about Neeti’s family. They learn that Neeti’s records aren’t available. They want to know who is playing the big game.

Sunil informs Bhuvan that he has completed his task and now he wants Natasha out of the jail. He asks Bhuvan to fulfill his promise. Bhuvan tells Arijit that they can’t take Neeti home. Arijit feels he is right, since Bhallas may visit his home. He shifts Neeti to his home for time being. He decides to find a safe place for her soon. He doesn’t want anyone to know that Neeti is his daughter. Doctor tells Ishita that she has some connection with Neeti’s accident, because of which Neeti panicked on seeing her. Ishita doesn’t remember Neeti. She doesn’t know who is Neeti and what’s their connection.

Arijit tells Neeti’s nurse that he can’t keep Neeti in the hospital because of Ishita, who is after Neeti’s life. He holds Bhallas responsible for his wife’s death. He tells that he has a business connection with Bhallas. He doesn’t want Bhallas to come here and find Neeti. He wants to find a place for Neeti. The nurse believes him and loves Neeti as her child. She tells him that she can keep Neeti safe at her place. Arijit gets grateful to her for all the help. Mrs. Bhalla wants to celebrate Navratri with the family.

She wants to go home with Raman and Ishita. Doctor permits her to go home if her stress level is low. He asks Raman to keep her happy. Arijit wants to shift Neeti to the nurse’s house. Sunil meets him and requests him to help Natasha. He wants Natasha out of the jail. Arijit promises him and sends him away. Ishita wants to know her past connection with Neeti. Arijit gets worried seeing the pictures sent by a blackmailer. He wants to know who is the person blackmailing him about Neeti.