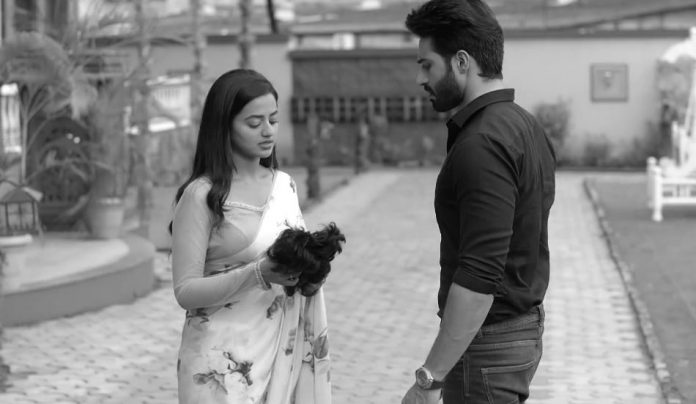 Sufiyana Pyaar Mera Supernatural twists Madhav Saltanat Madhav’s family faces a bad time when the termites spread in the house. They find the place unsuitable to stay. Saltanat advises them to shift to Shah Manzil, until they find a new place to live. Indu senses that something bad is about to happen. She tries to protect her house, but the evil spirit soon gets haunting. The evil spirit is of Madhav’s ex-wife. Madhav and his wife got separated because of her evil behavior. Indu feels she is their biggest enemy. She doesn’t want her to return. Madhav’s wife makes an entry and makes the house a haunted one. She ruins the house. She has returned just for her son, Krish.

Saltanat believes that no mother can think bad for a child. She doesn’t want Krish to hate his mum. She loves Krish a lot. Saltanat gets Sharma family home, which shocks Shah family. Nadim respects Saltanat’s decision to help Sharmas, since they are the ones who gave her a new life. He feels indebted to Madhav. Saltanat expresses her gratitude to Madhav. She wants to help her in every way possible. Saltanat and Madhav’s relation gets stained by Dadi, who feels they are in a love relationship by cheating Zaroon. Saltanat can’t help Dadi’s sick thinking. She knows Madhav is clean-hearted and regards her a friend. Madhav promises to unite Saltanat and Zaroon.

He gets tending towards Saltanat. He reminds himself that Saltanat is Zaroon’s wife. Nadim and Rubina support Saltanat’s decisions. Dadi and Hamza doubt Madhav’s intentions. Nilam gets falling for handsome Madhav. Hamza senses Nilam’s liking and asks her to stay away from Madhav. Nilam helps Madhav in settling down in the outhouse. Sharma family are going to face a big trouble by the evil entry. Dadi doesn’t want Saltanat to ruin their family respect by having any relation with Madhav.

Madhav finds Saltanat really good-hearted. He maintains distance from her. He controls his feelings for Saltanat. Madhav and Saltanat make a plan to reach Zaroon in the police station. Madhav angrily bashes up the inspector to reach the lock up. He gets arrested and lands in the lock up. He doesn’t find Zaroon in that cell. Inspector asks the goons to beat Madhav. Madhav bashes the goons as well. He runs away from the police station to make a new plan for Zaroon’s release. Saltanat learns that Krish is troubled by an allergy. Saltanat tells Indu that she will get Krish’s medicines from their house. She gets a huge shock on witnessing the supernatural things happening in Sharma house.