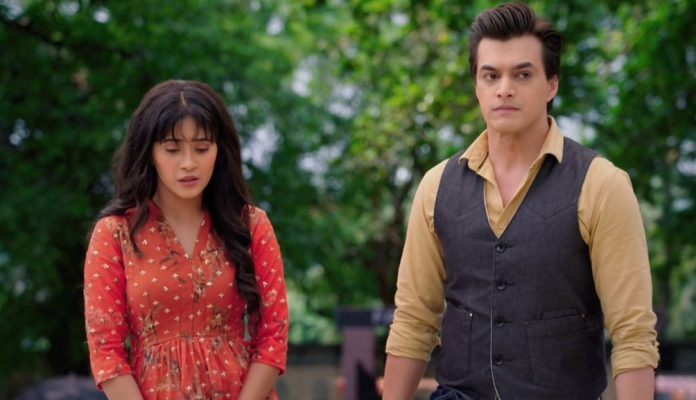 Yeh Rishta Kartik Nairaa unexpected twists shockers Kairav wants to know what does the term custody mean. He overhears Naira and Suwarna’s talk. He finds both of them sad. He wants to know why are Kartik and Naira fighting for his custody when he wants a happy family with them. He calls up Vansh to know about custody. Vansh doesn’t know the meaning as well. He tells Kairav that he will find out and call him back. Kairav wants his parents to live happy. He thinks custody would be a bad thing, since it made his parents’ fight. He doesn’t want them to get against each other. Naira gets stressed. She gets her lawyer’s message. She assures to reach for the court hearing on time.

Elsewhere, Damini pays the guard to enter Naira’s house at night. She asks him to keep his mouth shut. She goes to search the house to get evidence against Naira. She wants to win the case some how. Liza wants to avoid her family who are forcing her to marry. She comes to stay at Naira’s house for some days. She sees the lights on and wonders who is inside. She gets to see Damini there. She confronts Damini and assumes her to be a thief. Damini lies to her that she is Naira’s lawyer and came to collect the evidence to help Naira win Kairav’s custody.

Liza asks her why didn’t she inform her, she could have helped in the search. Damini misleads her. Naira finds Kairav sleeping and speaks to her lawyer. Kairav doesn’t sleep and hears her talk about the custody again. He gets puzzled about the custody. Naira wants Kairav at any cost. She begs her lawyer to get the verdict in her favor some how. Damini smartly tricks Liza and stops her from calling up Naira. Liza gets fooled. She just wishes that Naira wins the custody. Damini’s sweet behavior convinces Liza. She gets important medical records. She gets delighted that now she will bash up Naira in the court. Naira prepares for the hearing. She asks Kairav to stay with the family, since she has much work. Kairav understands that she is busy.

She wonders how didn’t he pose any hurdles to stop her at home today. She is happy that he is easily convinced. She expresses her love for Kairav. She tells Kairav that she is his well-wisher and her decisions are just for his betterment. She tells him that he is much important for her. She asks him to always trust her. Kairav tells her that Kartik spoke to him on video call and told the same thing exactly. He wonders what’s the reason for their emotional talk. She tells him that Kartik and she love him a lot. He wants to know about custody thing. Vedika looks after Kartik. He tells her that he wants to know the reason for her cry.

She doesn’t want to discuss anything when its a big day for him. She asks him to focus on Kairav. She promises to share the matter once he gets free of the custody case. Vedika gets much scared when she finds her ex around. She tries hard to hide herself, but she gets spotted by him. She drops Kartik to the court. She tells him that she has no courage to accompany him further. Naira finds someone following Vedika’s car. She doesn’t understand much. Kartik and Naira meet the court. They aren’t aware of the ugly confrontation in the court. Liza prays for Naira and messages her.

Naira informs her about her lawyer. Liza gets confused and messages her about Damini Mishra. Naira fails to learn that Damini visited her house in Goa. She switches off her phone while she speaks to her lawyer. Liza realizes the trap against Naira. She wants to inform Naira about the documents Damini picked up from her house. Kartik and Naira miss Kairav and get emotional. They know Kairav’s wish to have a happy family. Damini accuses Naira for her decision to abort the child. She insults Naira to the extent that Kartik breaks his silence. Kartik takes a stand for Naira.