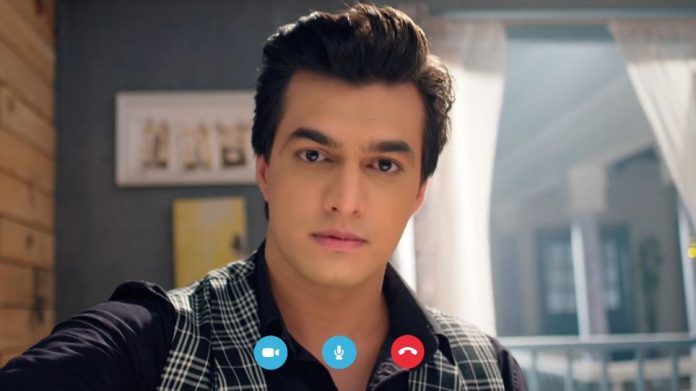 YRKKH Star Plus Spoiler Top 3 Drastic Twists Kartik and Goenkas meet Singhanias at midnight to surprise Kairav. They want to meet Junior Goenka. Their surprise fails when Naira comes downstairs alone. Naira meets them. Kartik asks her where is Kairav, why didn’t he come to them, if he is fine or not. She tells them that Kairav is sleeping and isn’t waking up even when she tried a lot. Kartik was much wanting to wish Kairav. He forgets that its his birthday also. Dadi tells them that they forgot Kartik’s birthday because of Kairav. She wishes Kartik on his birthday. Kartik is very excited. He doesn’t want to look kiddish. He asks Naira to get Kairav to Goenka house in the morning.

He tells her that Kairav will spend the entire day with Goenkas. Naira doesn’t question him. She asks him to do anything he wants. She tells him that Kairav is sleeping, but Kartik is with them, so they shall celebrate his birthday. Kairav is avoiding him because of his sudden dislike. Naira doesn’t realize that his reactions are deliberate. Manish asks Kartik to come with them and finish the preparations. Kartik wants to express his happiness. He can’t believe the reality that Kartik and he will be celebrating birthday together.

He falls down, and still stays unhurt due to his happiness. He is much thankful to her. He is happy that she is giving him complete liberty to decide things, even when she has got Kairav’s custody. He seeks her help, without telling his surprise plan. She understands his gratitude. They don’t know that Kairav is much annoyed with Kartik. Kairav feels Naira is sad all the time because of Kartik. He gets mistaken by overhearing partial conversations. He learns that Kartik isn’t a good husband for Naira. He maintains distance with Kartik.

Kasauti Zindagi Kay:
Prerna isn’t afraid of the challenges. She wants Anurag back. Anurag is snatched from her. Komolika gives her the new test of love. Prerna is ready to face any test to get back Anurag. She knows his efforts to win her. She doesn’t want Anurag to lose his true love. She wants to fulfill Anurag’s wish to unite with her. She proves her selfless love. She wants to remind Anurag about their love.

Yeh Jadu Hai Jinn Ka:
Aman knows Roshni is Salman’s daughter. Parveen hates the brothel women, who used to break families. Dadi doesn’t think Roshni is also like Salma. Parveen tells Aman that Roshni’s blood will show its effect. Aman gets a big shock when he finds Parveen getting blind because of Raakh Jinn’s spell. Parveen wants to die, than taking help from Roshni. Aman rushes to find Roshni. Salma misleads him. He gets angered on finding the house locked.

Roshni gets insulted when Salma compels her to perform in a wedding. Aman feels Roshni is really a money minded girl. Roshni does this unwilling just to keep Salma’s words. Salma scolds Aman for taking Roshni without paying any money. Aman gives away his costly watch to take Roshni with him. Roshni can’t believe when she witnesses the Jinn spell on Parveen. She doesn’t understand anything on hearing Aman’s family’s sorrow. Aman reprimands her for not saving a life and running after money.

Roshni gives him an answer in a fit of rage when Aman insults Salma. Roshni has a heart of an angel and helps Parveen. Aman’s family needs Roshni to get saved from the Jinn. Aman is angered knowing Roshni is a dancer. He misunderstands his intentions. He finds her a selfish gold digger. Aman throws money at her to get her to his family. Aman decides to marry Roshni. He halts her marriage with Sameer.