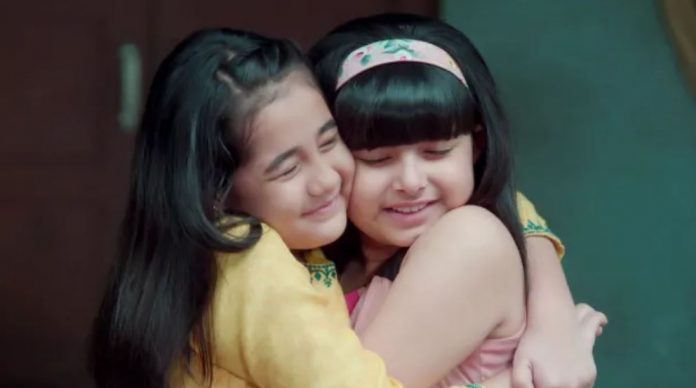 KulfiKumar Bajewala Starplus Unions plotting desperation Sandy executes Sikandar’s plan. He continues to make Kulfi and Amyra against, so that they learn a lesson of life. He wants them to have faith and not come in anyone’s words. He asks Amyra not to fill water. He asks Kulfi not to cook food. Amyra finds Kulfi mean. Kulfi and Amyra get into a loud argument. They both fight and push each other. Sikandar gets depressed seeing their cat fight. Amyra doesn’t want Kulfi to give her orders. The chawl people also argue while supporting both the girls. Himmat supports Kulfi knowing she can’t do anything wrong. Amyra gains sympathy by complaining about Kulfi. Sikandar asks them why are they fighting.

He hears their complains. He takes them home and asks them to analyse the root cause of their problem. Amyra tells him that Kulfi didn’t make anything of her choice. He clears her misunderstanding. He tells Kulfi that Amyra is trying and learning things. He asks her not to expect anything perfect from Amyra. He asks them to know each other well, so that they can support their strengths and ends their weaknesses like a family does. He tells them that misunderstandings are growing in between as they are giving it a chance. Kulfi takes an initiative to make Amyra’s favorite food.

Amyra gets balm for Kulfi’s injury. Sikandar makes them realize that they love each other, they shouldn’t fight. Amyra and Kulfi cry and get rid of their annoyances. He teaches them a lesson. He asks them not to fall in anyone’s words blindly, since relations spoil this way. He tells them that Sandy tricked them. He tells that they should trust each other, so that they fail the third person. He asks them not to fight in front of others, who would take advantage of their fight. Amyra realizes her mistake, just like Kulfi.

They unite and apologize. Sikandar asks them to remember that they are one family. He makes them promise that they will always be together. He makes them apologize to the chawl people. Sikandar happily sings a song and gets emotional. He wants to be sure that his daughters get secured life. He feels guilty to kidnap Fateh and walk on the wrong path. He values his family a lot. He doesn’t want anyone to hurt his family. He wants to empower his daughters before his death. He gets to the new task of plotting and constructing a big empire. He gets desperate to wants to ruin Jimmy.