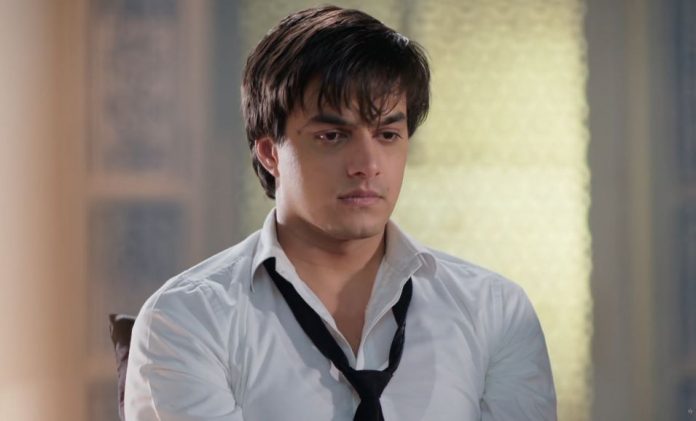 YRKKH Shocking history repeats Kartik distressed Kartik and Naira can’t believe the sight of little Kairav’s accident. They assume that he has been knocked down by the truck. Goenkas get a huge shock when they find Kartik bringing junior Goenka in an unconscious state. They shed tears for Kairav and pray for his welfare. Luckily, Pallavi reaches them on time. She rushes them to the hospital to have a proper treatment of Kairav. Kartik is left shattered. Pallavi gives them the good news that Kairav is fine. She tells them that Kairav fainted due to fear, but Kairav is emotionally disturbed about Kartik.

She tells that Kairav has anger filled in his heart, he needs counselling. Kartik doesn’t want to disturb him. He feels guilty. Naira consoles him. Pallavi finds Naira disgusting when the latter hugs Kartik. Naira wants to relieve Kartik of the stress. Kartik realizes his mistakes that has hurt Kairav. He feels failing as a father. He feels responsible for the unfortunate event. Naira tells him that she is at fault, she didn’t pay attention to Kairav.

They want to know since when is Kairav hating Kartik. Kartik hates himself. He wants Naira to hate him too. He doesn’t know how to convince his son about his love. Naira supports him and gives strength. Singhanias and Goenkas get emotional about Kairav. Manish is satisfied that Kairav is fine, but Kartik isn’t fine. He tells that Kairav will be pacified by Naira, but Kartik won’t be able to bear his son’s hatred. He adds that he had undergone the same bad treatment from his son Kartik in childhood, Kartik used to hate him and it took years for him to change his mind.

He doesn’t want Kartik to undergo the terrible pain. The family wants to find out who has brainwashed Kairav against Kartik. They curse the fate. They bring Kairav home. They want Kartik to come with them. Kartik refuses to them. He realizes the tormenting times between Manish and him. He breaks down and accepts his mistake of hurting Manish so much.

He apologizes to Manish when he undergoes the same pain of tolerating a son’s hatred. He wants to know how did Manish tolerate his hatred for years. He thinks fate is punishing him for being a bad son himself. He curses himself. Manish doesn’t want to hear anything wrong about his ideal son. Kartik sinks in sorrow. He feels Kartik’s hatred is justified, he really deserves hatred. Manish asks him not to connect the present with the past. He consoles Kartik. He gives hope to Kartik that everything will get fine.