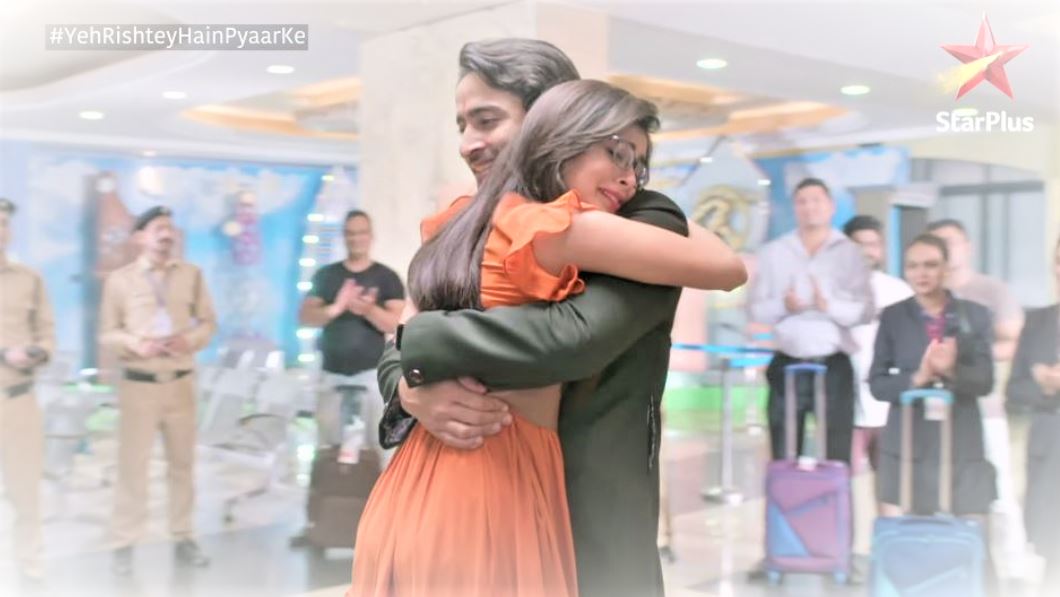 Rishtey Pyaar Ke Mishbir Engagement twists Abir promises to give every happiness to Mishti when they get married. Mishti tells Abir that she has been raised in a big joint family. She likes the family drama. She tells him that he is good at romance, which she is aware of. He takes her for a drive. They spend quality time together. Parul wants to know if everything is fine in the family. Meenakshi tells her that Mehul is ruining everything by snatching Abir. Kunal overhears them. He doesn’t want to become a loser, as Kuhu told him.

He tells Meenakshi that he will do everything possible to win back Abir. He doesn’t want to hurt her. He tells her that Abir is going away from them because of his mistake. He doesn’t want to lose his dear brother. He is ready to do anything she tells him. He feels Abir is going away because of Mishti. He is still ready to accept Mishti as Abir’s wife. She tells him that Mishti is not responsible for this decision of Abir, Mehul is playing mind games with them. She asks him not to have any issues with Kuhu. He agrees to mend his terms with Kuhu and Mishti. Rajshri makes an outing plan with Kuhu.

Abir informs Rajshri about Mishti’s NGO work. Rajshri asks Mishti why didn’t she call him. Mishti and Abir complain about each other. Rajshri asks them to work together and come home soon. Abir buys some time from Rajshri. He wants to romance Mishti. Mishti tells him that she has won Rajshri’s heart. Abir romances Mishti and then falls asleep. Mishti jokes on his heroic romance and sudden sleep. Abir tells her that he couldn’t sleep in peace since long. Meanwhile, Mehul has to pay money to his aide. He thinks to steal the gold idol to sell it for money. Parul finds him stealing and catches him red-handed. He insults her by calling her Meenakshi’s helper.

Parul asks him to mend his ways before Abir kicks him out. Mehul warns her about the breaking family. She tells him that Abir will keep the family united. He declares that he is snatching Abir and also Meenakshi’s property. He asks her to get answers from Meenakshi. She threatens to reveal his ugly truth to Abir. She gets worried for the family. She doesn’t want Mehul to harm anyone in the family. Abir finds a marriage registration office. He asks Mishti to marry him, since he is afraid to lose her because of the families’ annoyance.

Mishti assures him that they will marry with their families’ blessings. She doesn’t want to hurt her family by marrying secretly. She asks him to control his fears. Meenakshi stays worried for Abir. She doesn’t want to lose Abir to evil Mehul. Abir and Mishti look forward to get engaged. Meenakshi asks Parul not to talk to Mehul, since he is trying to break their bonding. Parul calls Abir home. Mishti wants Abir to stay happy with his loving family. She wants to expose Mehul’s evil truth. She promises Abir that she will never leave from his life, even if he wants to part ways. She tells him that their love will be something constant in their lives. Abir feels fortunate to get her. She wants to protect his happiness. Mehul angers Meenakshi and tries to make Abir against the family.