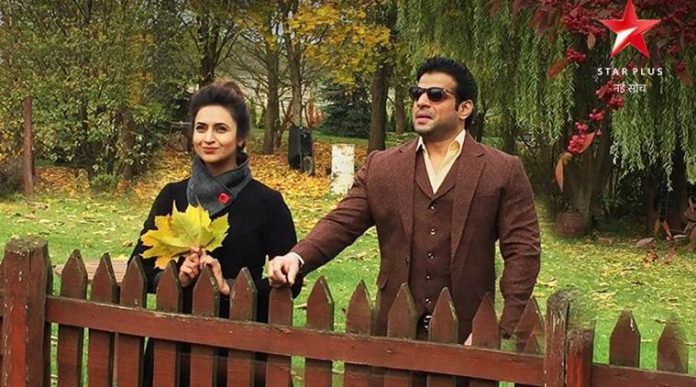 Yeh Hai Mohabbatein Confirmed Reentry of Raman Bhalla Yug wants to plan a surprise for Aaliya. He cares for her a lot. This puts the family thinking. Raman asks Yug what’s so special. Yug refuses to accompany him to Mani’s house. He wants to help Aaliya in her work. He asks Raman to take everyone for dinner. He tells that he is planning a surprise for Aaliya. Raman gets glad to see everything fine in Yug and Aaliya’s lives. He agrees to help him. Arijit gets angered on his aides for failing to find Neeti.

He fears that her state is fragile and she may fall in trouble. He asks them to find Neeti some how. He doesn’t want to hear negative answer again. He threatens to kill them of they fail again. Arijit gets panicking. Yug fakes stomach ache to avoid the family dinner. He asks Raman to take everyone along. The family wants to cancel the dinner to stay back. Raman tells them that Aaliya will look after Yug well. He takes the family with him. Ishita understands Yug’s drama and finds him similar to Raman.

Meanwhile, Neeti reaches the market area and hides at some shop. Yug tells Aaliya that he doesn’t have any stomach ache. He calls Karan and seeks his help to arrange a date set up for Aaliya and him. Karan helps him in planning the surprise date. Yug tells Aaliya that everyone will applaud their love and care when they know his life. He takes her for the surprise. Thea informs Arijit that Neeti has completely recovered. Arijit gets the good news. He rejoices knowing Neeti has got fine, but he is equally shocked that Neeti is missing. Ishita insists Raman for shopping so that they can gift Diwali gifts to elders.

Raman agrees to her. Yug tells Aaliya that she is special and he loves her a lot. She reciprocates his love. He wants her to share the pregnancy news with him. Aaliya thinks why is Yug showering so much love on her. Neeti finds Ishita’s perfume similar to the one used by her mum. She connects with her. Ishita tries to help her. Neeti runs away from Ishita. She gets scared seeing Ishita again. Ishita tries to know how Neeti is connected to them. Neeti doesn’t answer her. Raman tries hard to stop Neeti from running on the roads and hurting herself. Arijit too reaches the same market to track Neeti.

He finds Bhallas after Neeti and gets a huge shock. Ahead in the show, Raman will be coming a comeback. It will be shown that Ishita and Shardul had been playing the drama to save Raman’s life from the hidden enemies. Ishita and Shardul had hence avoided to perform puja together, breaking Karwachauth fast and completing Diwali puja rituals as well. Ishita just loves Raman and makes excuses every time when she is asked to perform rituals with Shardul. The next big twist is Neeti and Bhallas’ confrontation, which will make way for confirmed Reentry of Raman Bhalla.