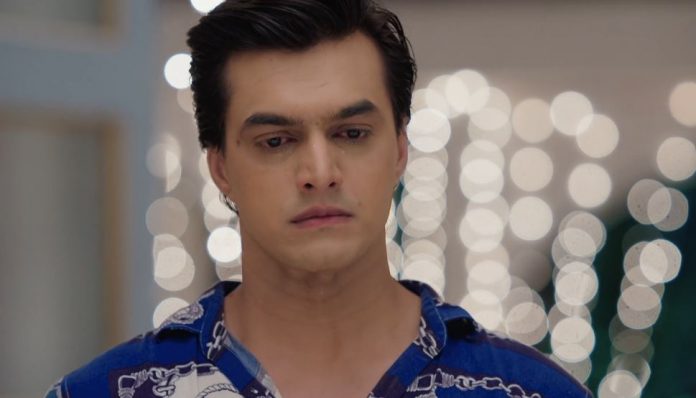 Yeh Rishhta Starplus Kartik revelation Vedika’s entry Akhilesh tries to commit suicide, when his family abandons him and refuses to forgive him. He feels cursed after his big mistake to cheat his wife. He doesn’t want anyone to misunderstand Surekha. He decides to punish himself. The Goenkas get worried for his life, when he refuses to stop his madness. Dadi asks someone to save him. Surekha tells them that Akhilesh can’t swim. Naira gets worried thinking Kartik will step inside the pool and get trapped because of the ropes. She wants to stop Kartik from falling in danger. Suwarna stops Naira from going ahead. Akhilesh gets rescued by the family members.

Consequently, Akhilesh falls unconscious. The Goenkas rush him to the hospital for aid. Naira stays stuck at the same point thinking about her dream. She herself falls in trouble accidentally. Her intuition turns true. She gets injured by the pool rocks and also gets stuck in the ropes. Naira fails to swim and come out of the pool. She loses her breath when she gets pulled inside by the rope. Naira struggles and manages to alert Kartik about her fall. When she shouts to Kartik, he gets searching for her.

He doesn’t see her, but follows his heart, which strongly signs him about her. He feels she is in trouble. He finds her sinking in the pool. He fails to get her out because of the ropes tying her up. He jumps into the pool to rescue her. Kartik gets her out of the water, while his fake disguise gets off. Kairav worriedly watches them. He realizes that Kartik is Jolly. He feels Kartik has fooled him and broke his trust again. Kairav tells Vansh that Kartik will need time to change his disguise. Kartik thinks Kairav hasn’t seen him. He feels fortunate. The house helpers want to tell Kartik that Kairav got aware of his identity now.

Naira is worried that Kairav may see Kartik’s truth. Kartik promises to fix everything. He finds her injured. He rushes her to hospital. Kairav gets disheartened that both of his parents are cheating him. Akhilesh gets medical aid. He gets saved. Doctor informs the family that Akhilesh is fine, but he doesn’t want to live his life, he may commit suicide again. He asks the family to support Akhilesh and revive his will power. He wants them to stay united to cheer up Akhilesh. Naira gets treated too. She asks Naksh and Kartik not to worry for her. Naira finds Kartik’s concern true. Naksh clears Kartik’s doubt with Naira’s doctor.

Doctor tells Goenkas that Akhilesh badly needs his family to survive. Goenkas meets Akhilesh. He apologizes for hurting them so much. He wants to get away from their lives. Surekha forgives him. Kartik and Naira support Akhilesh. They ask Dadi to forgive Akhilesh and accept Surekha’s decision to take him home. Kartik tells them that its high time that they think of Akhilesh’s family. Dadi forgives Akhilesh. She unites Akhilesh and Surekha, who get thankful to Kaira. Goenkas praise Kaira for getting another chance for Akhilesh and Surekha. They want to celebrate Diwali. Kartik feels even his fate should have a second chance with Naira.

He gets new hopes. Naira doesn’t want him to have any false hopes. Kartik relieves Kairav of stress. Kairav shocks him by removing his fake beard. He gets angry on Kartik for cheating him. He gets disappointed. Kartik gets in shock. Naira apologizes for ruining his plan. Goenkas return home. Dadi gets happy to have entire family along. Kairav reveals that Kartik is Jolly, who fooled him. Diwali gets spoiled for Goenkas. Kartik and Naira blame themselves to become worst parents for Kairav. Naira wants to fix things for Kartik. Vedika makes an entry, doubling up Kartik and Naira’s troubles.