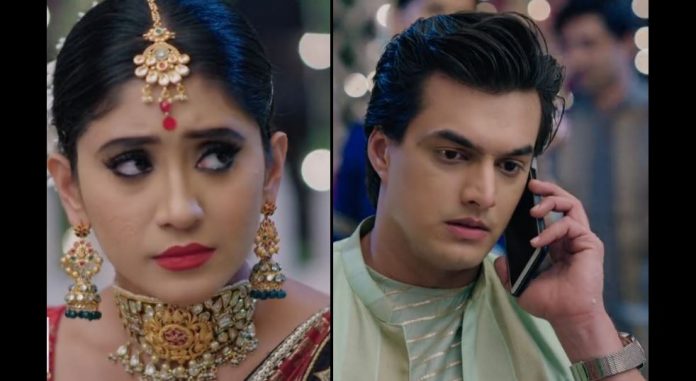 Yeh Rishtaa Starplus Diwali twists Huge surprise for Kaira Naira tries hard to talk to Kairav. Kairav doesn’t want Vansh to open the door and let Naira in. Vansh tells Naira that Kairav is much sad, since Kartik has tricked him by Jolly Singh’s drama. He asks Naira not to upset Kairav further. Kairav feels Kartik has cheated him. Naira tells Vansh and Kairav that Kartik loves them a lot, he can never cheat anyone. She asks Kairav to listen to her once before deciding anything. Vansh asks Naira to go rather than upsetting Kairav further. She doesn’t deter. She tells Kairav that he needs to keep his anger aside to realize Kartik’s goodness and reality.

Suwarna finds Naira putting efforts in bringing Kartik and Kairav together. She feels indebted to Naira. She owes a lot to Naira for bringing Kartik towards his parents. She tells Naira that Manish will always be grateful to her. Naira wants Kairav to accept Kartik by overlooking their fights. Suwarna asks Naira to speak to Kartik, who is already sunk in sorrow. When Naira meets Kartik, she finds him blaming himself and feeling guilty. Kartik feels he always hurt his dear ones, whom he loves the most.

He angrily hurts himself in anger. He feels he is wrong to hurt Kairav by playing such a drama, when Naira warned him. He feels sorry to ruin their Diwali. He feels he had distanced Kairav by his mistakes. Naira calms him down by explaining him that he isn’t at fault alone. She accepts her mistakes committed in response to Kartik’s one mistake. She tells him that she has done enough mistakes and still he had forgiven her, which shows his big heart. She counts her mistakes and blames herself. She understands his pain. She tells him that Kairav would have held hatred for her if he saw his dad crying.

She tells that their places would have swapped if Kartik was with him in Goenka house. She feels equally responsible for seeing this day. She promises him that she will fix everything. Kartik gets angry on knowing about Diwali, which isn’t happy for Goenkas. Naira tells him that they should keep hope and explain Kairav the truth. She doesn’t want to give up so soon. She tells Kartik that they should be happy at least for the family’s sake. Goenkas get a huge surprise from Vansh. He makes an entry like Kartik came as Jolly Singh.

He entertains everyone by dance and makes them happy. Kartik expects him to be Kairav. He gets upset on seeing Vansh. Vansh asks him if he isn’t happy with the beautiful surprise. He wanted to cheer up Kartik. Vansh tells them that he wanted to put efforts like Kartik has done for Kairav. Kartik is grateful to him but wants to get away. Vansh tells Kartik that he should wait until his Diwali gets happy one. Kairav surprises Kartik by setting an emotional scene as Kartik had planned on his birthday. He creates the scene of their union in Goa.

Kairav wishes Kartik and hugs him. He tells Kartik that Kartik is the best dad in the world. This brings an emotional moment. Kairav apologizes for misunderstanding Naira. He tells that Naira and Naksh cleared his mind and made him realize Kartik’s genuine goodness. Kartik’s Diwali turns into a merry one. He can’t believe Kairav’s surprise. Kartik celebrates with his son. Kartik’s life will get new twists with his wife’s untimely return.