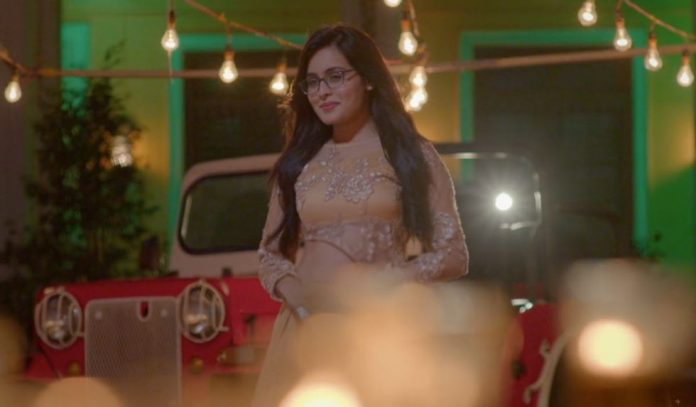 Rishte Pyarr StarPlus Meenakshi keeps shocking demand Mishti gets a lovely surprise from her family. The family applauds her for her brave attempt to save Abir from evil Mehul. After winning much praise, Mishti lives some moments of peace with them. Jasmeet also feels proud of Mishti. She heartily bonds with Mishti. Mishti gets glad. Varsha wants Kuhu to return to Kunal. Kuhu covers up her lie. She tells that Kunal and Abir need time with the family. She doesn’t want to go soon. Mishti tells them that their family need Kuhu more. She helps Kuhu. She gets emotional.

Meanwhile, Abir is worried on recalling Mehul. Kunal plays a funny drama to cheer up Abir. Abir asks him to perform Gujarati Garba for keeping their traditions. Abir cracks a joke on Kunal, which hurts his heart a lot. Abir then apologizes to Kunal. Mishti misses Abir. She exchanges texts with him. Abir and Kunal spend time with Meenakshi. Meenakshi and Parul worry knowing Abir’s joke that Kunal is adopted. She doesn’t want Abir to hurt Kunal in any way. She finds her sons together. She blesses them. She wants them to always stay together and happy.

Kuhu feels Mishti’s life is easy and simple, unlike her troubled life. She wishes Kunal to accept her. She keeps her self esteem. She doesn’t want to return to him unless he takes the step. Kuhu feels she isn’t strong like Mishti. Mishti motivates her. She feels Kuhu is more stronger. She asks Kuhu to keep moving on and try not making more mistakes. Parul doesn’t want anyone to break Abir and Kunal’s bonding. She wishes that the truth of their blood ties never gets revealed. Meenakshi learns about boys team planning a get together. She permits them. Maheshwaris pull Mishti’s leg.

They tease her about Abir. Abir wants to meet Mishti. Mishti tells them that she values her family more than Abir. Abir too values his family more than Mishti. Abir gets emotional and counts his lifelong mistakes. He wants to spend time with her. Meenakshi awaits Abir. Kunal meets her and shares his thoughts over Abir and Mishti’s marriage. He wants to know if she still hates Mishti. She tells him that she doesn’t hate Mishti, but she is just insecure to share her son’s love with her. Kunal understands that he can’t lose Abir by keeping conditions.

He tells that he still dislikes Mishti, but still he is ready to accept her in family because of his love for Abir. Meenakshi tells him that she will always be with her sons. She assures that everything will get fine in their family. Kuhu wonders what will she do if Kunal doesn’t call her home. Mishti finds Kuhu tensed. She makes a plan with Jasmeet to cheer up Kuhu. Mishti performs dance to divert Kuhu’s attention. Abir and his family too party. Abir and Mishti prepare to meet on their date. Mishti plans a surprise for Abir. Meenakshi and Abir are happy to realize their strong bond after a long.

He is ready to fulfill her every wish. She makes a shocking demand and asks Abir to leave Mishti. Abir unknowingly promises her. He then gets in a shock. Meenakshi tells him that she was kidding to test his love. She relieves Abir and tells him that she invited Kuhu and Mishti home. She holds a big surprise for them. Will Meenakshi really accept Mishti or not? Keep reading.