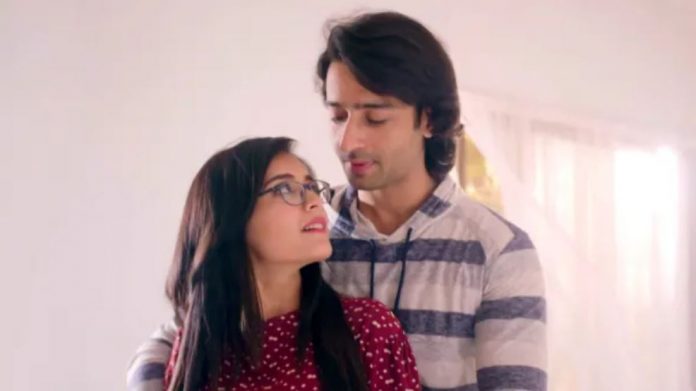 Rishtey Pyaar Mishbir Shocking breakup Mishti shatters Abir breaks up with Mishti. He is helpless and threatened by Meenakshi to end his relationship with Mishti. Meenakshi acts the villain in the tale. She throws Mishti’s painting out. Abir catches the painting. He gets the painting back home. He decides to call off his marriage and end ties with Mishti forever, since Meenakshi is threatening to reveal to Kunal that he is her step son. She makes Abir end relations with Mishti for Kunal’s sake. Kunal doesn’t know why is Abir ending his relation with Mishti. He asks Abir why is he doing this. Abir tells Kunal that he was just dating Mishti, he doesn’t want to marry her now, he doesn’t want to meet her.

Kunal asks Abir how can he play with Mishti’s feelings. He says I used to hate Mishti, but you never had hatred for her. He wants to know the reason of Abir’s changed minds. Meenakshi compels Abir to keep it a secret. She dislikes Mishti for having her own thinking and being vocal always. She wants her Bahu to follow her. She wants someone whom she can dominate. She doesn’t want a girl having a voice of her own, since Mishti can stand against her at times. She asks Abir to keep his family ahead and sacrifice his love. Abir knows Meenakshi is thinking for family, but her way to threaten him is wrong.

He doesn’t want to hurt his family by letting Kunal know the truth. He thinks Mishti can stay happy without him, if he marries her, then Meenakshi will make her life hell. He is much confined by his own problems. He is shattered. He wants some courage to meet Mishti and reveal his shocking decision of break up to her. He wants to tell Mishti that he is leaving her, he can’t marry her and now she has to live her life away from him. Abir will be breaking the shocking truth to Mishti. He will be seen breaking her heart. Mishti tells Kuhu that she will get Abir in every way possible, since their love is true.

Mishti is determined to marry Abir. She is ready to do anything to get him back, even when he tries to get rid of her purposely. Abir meets Mishti at their favorite place to clear his doubts fed by Meenakshi. He doesn’t want to hurt Mishti more. He tells Mishti that he doesn’t love her, he doesn’t want to marry her. He calls it over. Mishti thinks its happening because of Meenakshi. She tries hard to convince him. He doesn’t listen to her. Everything gets over for her. She tells him that he had taught her living her life and staying positive. She is fallen apart.

It gets difficult for her to deal with this break up. She can’t afford to lose Abir, whom she values so much. She reminds him their strong love. Abir feels broken too to break her faith and hopes. She questions him about the reason for break up. He tells her that Meenakshi isn’t behind it, its lack of love that he made this decision. Mishti doesn’t believe him. He gets rude to insult her, so that she hates him. It gets painful for Mishti to hear such things from Abir. Abir sacrifices his love for Kunal’s sake. He loves Kunal even more knowing Parul is Kunal’s mother.