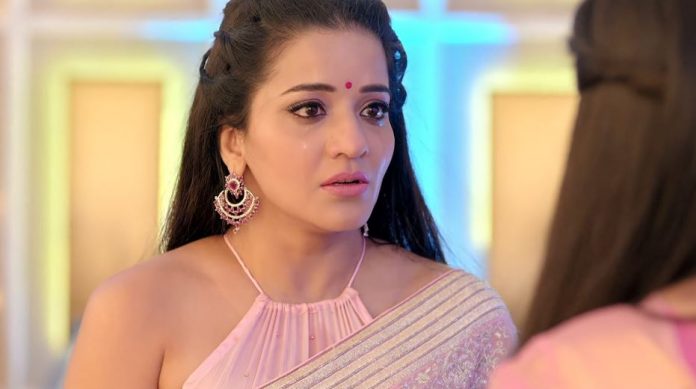 Nazar Starplus Nimki Vidhayak Upcoming Spoilers Piya cancels Mohana and Angad’s engagement. Mohana is very happy that she has fallen in love. She wants to unite with Angad. Angad has his own benefit in marrying Mohana to get free from the Singha curse. Piya supports Mohana and Angad, since Ansh had gone to find out about Singha. She doesn’t want Ansh to fall in trouble. Angad tells Piya that Ansh will safely come home if the Singha curse gets off him (Angad). Piya is concerned for Ansh’s life. She gets into an argument with Angad. She doesn’t want to upset Mohana. She surprises Mohana by cancelling the engagement and keeping the marriage function directly. She wants Mohana to get married soon. Mohana looks ahead to her new life with Angad.

Shoot in your comments if you want to read about this show, express your likes and dislikes on upcoming track.

Nimki Vidhayak Mintu Singh love story begins Nimki stays angry when Mintu’s friends defend him. They wonder how will they tell the truth to Mintu’s Dadi. Tunne and Abhimanyu think how did Babbu’s lookalike come in Nimki’s life. Abhimanyu asks how did Ganga knew of Mahua’s kidnapping. He wants the police to find the truth by proper investigation. Tunne is sure that Mahua will clear the matter when she gets conscious. Nimki regrets seeing Mahua’s state. Mahua gets conscious. She asks Nimki about Babbu’s lookalike Mintu.

Nimki and Abhimanyu ask her to relax, Mintu is arrested for the crime. Mahua tells them that Mintu actually saved her from the goons. She asks Nimki why did she get Mintu arrested when he was just helping her. She tells about her clothes getting torn by thorns and her dizziness. She tells that Mintu was trying to get her back to consciousness. She clears Nimki’s misunderstanding. Nimki gets a huge shock. Mahua tells her that Mintu isn’t Babbu. Nimki cries. She wants to know who had kidnapped Mahua. Mahua doesn’t know about the kidnappers. They wonder who is the culprit.

Ganga doesn’t want Parag to get trapped. She is afraid that Mintu will ruin their lives. Parag asks her to burn the godown. She criticizes him. She threatens to kill him. Nimki regrets that she shot Mintu. She wishes him to get fine. She meets Mintu. His friends blame her for putting him in trouble. She calls the incident a misunderstanding. She apologizes to them. They don’t forgive her. They tell her that they don’t need her help. They are worried to break the news to Dadi.

They want Nimki to leave. Abhimanyu tells Nimki that investigation is going on. He speaks to doctor to take Mahua home. Abhimanyu tries to know Nimki’s feelings for Mintu. Nimki doesn’t answer him anything. The family gets Mahua home. Nimki comforts her stay. Mahua tells Nimki that Mintu and his Dadi saved her life twice. She wants to meet Dadi. Dadi visits Nimki. She gets angry on seeing Nimki celebrating with family, after sending Mintu to the hospital and jail. She slaps Nimki. She loses faith on Nimki. Ganga asks Shankar to call Mintu and put the blame on Nimki.