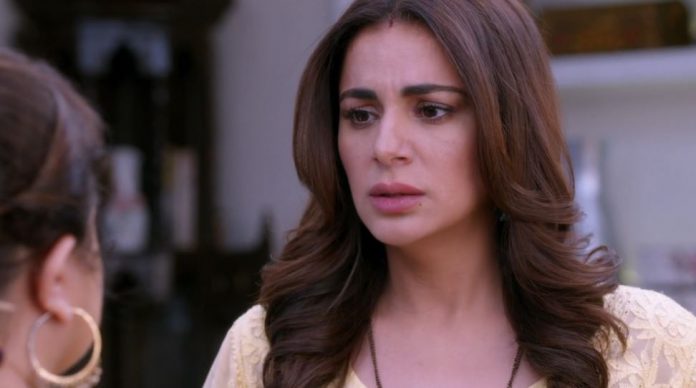 Kundali Bhaagya Preeta Marriage stunning looped twists Prithvi accepts Preeta’s alliance. He tells Sarla that he will convince his mum some how. He lies to her that he loves Preeta a lot. He tells her that he is ready to marry Preeta, if she feels that he is the right life partner for Preeta. He tells her that his mum will surely accept Preeta. He relieves Sarla of her tensions. Sarla blesses him. He gives her sweets. She thanks him. He requests her to keep the marriage soon in his mum’s absence. He tells her that his mum will get happy once he reveals about his marriage. He doesn’t want any hindrance. Sarla agrees to his condition. Janki feels Sarla is doing a mistake again. Prithvi asks her if she spoke to Preeta about this alliance.

Janki tells him that they didn’t tell anything to Preeta. Sarla is sure that she will convince Preeta. Prithvi tells Sarla that he will await Preeta’s answer. Meanwhile, Mahira apologizes to Karan. He tells her that Preeta doesn’t matter to him. She wants to know her stand in his life. He can’t promise her anything. She understands that he isn’t ready to accept her right now. She gives her her ring to buy same size ring for their engagement. He doesn’t want to shop for any engagement ring.

Prithvi dances happily that his dream will get fulfilled. He desires for Preeta again. He wants to marry Preeta. Sherlyn finds his over excitement and asks the reason. She thinks he has refused to the alliance and sent Sarla. He lies to her that he rejected Preeta and insulted Sarla. She gets fooled. She is happy that Prithvi is just of her. She plans a romantic outing with him. Prithvi romances her to trick her. She decides to fool Luthras. Prithvi doesn’t love Sherlyn either. He thinks he will be married to Preeta until Sherlyn returns. He wants Preeta as his wife. He feels he is really lucky.

Preeta and Shrishti aren’t aware that Sarla had gone to meet Prithvi. Biji also feels Karan did wrong to cheat Preeta. Preeta keeps some hopes. Sarla shocks Preeta by revealing the alliance re-fixing. She tells Preeta that she is ready to forgive her if she marries Prithvi. Preeta faces the same mental torture because of Sarla again. Sarla compels her to marry Prithvi. Preeta tells her that she is already married to Karan. Sarla asks her about Karan’s engagement with Mahira. She asks Preeta to forget Karan and move on with Prithvi, the one she was marrying before. Preeta is regarded emotionless by Sarla. Sarla doesn’t want Preeta to fall weak. Preeta refuses for the marriage, since her emotions are linked to Karan.

She takes a stand for herself. Sarla didn’t expect this from her. Karan gives Mahira’s ring to Rishabh. He asks Rishabh to go for shopping and buy an engagement ring for Mahira. Rishabh refuses for it. He asks Karan to get his choice of ring. Karan feels he is already making a big sacrifice by getting engaged. Karan asks Sameer to get a ring for Mahira. Sameer also refuses to go on Rishabh’s saying. Karan forces Sameer to go for his sake. Rishabh wants Karan to call off the engagement. He thinks Karan is very confused. Sarla emotionally blackmails Preeta. She feels Preeta is bringing disgrace for her again.

Sarla commands Preeta as if Preeta is her puppet. She puts her emotional stress on Preeta. Preeta tells Sarla that she doesn’t think Sarla is wrong. She wants Sarla to calm down and not take stress. Sarla doesn’t want Preeta to ruin her life because of Karan. Sarla curses herself. She forces Preeta to accept Prithvi’s alliance if she wants to see her mum alive. Like old times, Preeta promises Sarla to obey her. Sarla tells Preeta that Karan doesn’t deserve her, he abandoned her. She wants Preeta to end ties with Karan, who took revenge on them. She asks Preeta to show her happy times by marrying Prithvi. Preeta makes another sacrifice of her happiness.

Reviewed Rating for this particular episode: 2/5 LOOPed
This rating is solely based on the opinion of the writer. You may post your take on the show in the comment section below.