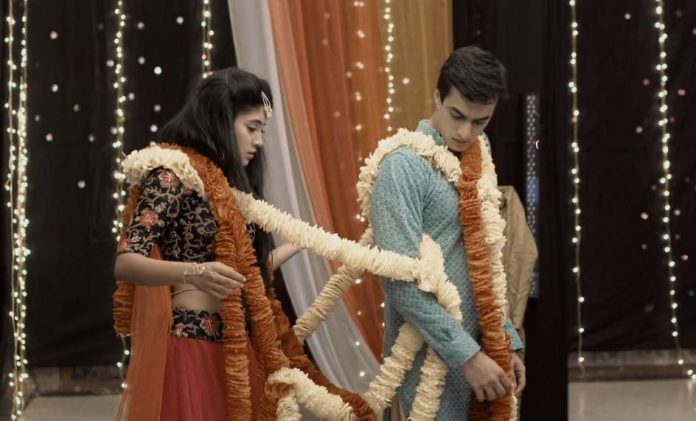 Yeh Rishtaa Today Starplus Upcoming Love Action Drama Kartik and Naira come closer when they fight over their party theme characters. Kartik compliments her looks. He finds her beautiful forever. Kartik tells her that he was just practicing his dialogues. They get tangled in the web which makes them slip down the memory lane. They wanted to go away, but fate brings them together. Kartik tells Naira that he finds the moment beautiful despite the odds they have faced. He gets a wish in heart that he can live with his love, Naira again. She doesn’t find it right.

She tells him that they both have to remember their current stand. Kartik gets in a dilemma when she goes away. Vansh makes an entry home and gets scared seeing the hanging skeleton. Samarth and Gayu wonder where did the family go. Kairav surprises them with the grand arrangements for Vansh’s birthday. He tells them that he had asked the family to hide about the surprise. Vansh gets delighted. Gayu thanks the family for making Vansh feel special. Everyone displays their unique costumes. Kairav wants Vansh to get ready and join them so that they can start the party.

Naira observes Vedika who gets scared of Akshat’s entry. She wants to find out about the strangers in the party. She misses to see them with Akshat. Kartik and entire Goenka family wish Vansh on his birthday. The family celebrates in a light mood. Their scary get ups double the fun. They look very funny. Akshat and his goons try to kidnap Kairav. Kartik comes to Kairav’s rescue unknowingly. He takes Kairav to the party. The family enjoys the dance. Akshat wants to kidnap Kairav soon. Naira gets worried when she doesn’t find Kairav. Kartik assures that Kairav is around.

Still, Naira looks for her son. Akshat goes to Kairav with evil intentions. Vedika senses Akshat’s intentions. She stops him from hurting Kairav or her family members. She tells him that she will give him as much money as possible, but he must not harm Kairav. She threatens him of dire consequences. She locks up Kairav in the washroom to protect him. Akshat asks her about the sudden courage. He reminds his tortures to scare her. He tells her that he will just loot the Goenkas by kidnapping Kairav.

He feels he will get much rich once Goenkas agree to his demand. Vedika protects Kairav by tackling Akshat alone. Naira finds Kairav locked. Kairav gets scared. He doesn’t know who had done this with him. She gets suspicious on finding Akshat’s kerchief. Vedika has lost her dad because of Akshat. She asks him not to hurt Goenkas, else she will get him arrested. She asks him to make a leave from the house after the party ends. Akshat doesn’t listen to her. Kartik gets mesmerized with Naira.

He prays to get a solution for his problems. He realizes that fate wants to support him. He wants to confess love to Naira, who was always of him. He feels it was his mistake to doubt on her love. He wants Naira to forgive him and get back to him. Akshat will be seen kidnapping Kairav in the coming track.