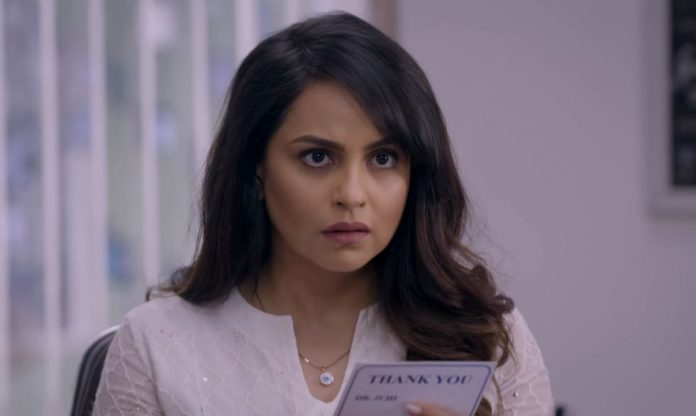 Sanjivani 2 Starplus Shashank Mystery intensifies for Juhi Sid humiliated Sid wants to know the reason for his sudden collapse. He tells Ishani that the reports doesn’t show any drug trace in his blood, which means that he is either physically or mentally sick. He thinks he is wrong and holds the problem in himself. He tells her that he can never handle any patient from now, he isn’t a good doctor now, he has turned useless. Asha gets glad that he is losing confidence in himself and his talents. She wants him to ruin his career by sinking in sorrow. Ishani doesn’t want Sid to blame himself.

She wants him to focus on his enemies and find out the real cause of the happenings. She wants to get sharp in her plans. She tells him that someone is planning against him to ruin him. When Asha interrupts, Sid thinks of Asha’s warning. He limits Ishani from talking to him. He tells her that he will handle his problems on his own. He gets scared of Asha’s threatening to leave from his life. Asha is happy to manipulate him. Ishani wants to know how Asha had administered the drugs to Sid this time.

Vardaan meets Asha and gives her a little shocker to make her speed up in their plans. He wants her to divide Sid and Ishani. He tells her that once Sid finds fault in himself, he will never be able to operate any patient. Rahil wants to tell Asha’s truth to Ishani. She asks him to stay as Sid’s friend and not lose his friendship. She doesn’t want him to take risk because of Asha. On the other hand, Juhi and Shashank gets into a serious discussion. She wants him to forgive Sid. Shashank doesn’t want to talk about Sid. She gets another mysterious note from Vardaan.

She reads the same thing that Shashank isn’t a trustworthy man, he is someone who committed big crimes in the past. She gets puzzled and ignores the note again. She tells Shashank that everyone makes mistakes and move on, he should forgive Sid for his mistake. She indirectly asks him about his past. Shashank asks her if there is something wrong. He asks her to focus on work. Juhi wants to find about the person who is sending her the notes. Vardaan reprimands Asha for risking his huge plans. He tells her that he had changed Sid’s reports in the last moment. He threatens to expose her and throw her out of Sanjivani.

He compels her to carry out his plans. Asha tells him that she won’t let Ishani win again. She takes it on her personal enmity. Sid loses faith. Juhi feels Sid can get saved only by some miracle. She tells him that Shashank doesn’t know about his second mistake, but soon there will be a problem. Sid feels he should better die thank risking his patient’s life. He meets a patient’s family who show much faith on Sid’s talents. Sid gets confident when he gets the due respect. Ishani wants to warn Sid. Sid treats the patient and is happy.

Ishani keeps an eye on Asha to know her next plans. Vardaan asks Asha to risk the patient’s life so that Sid gets blamed for it. He forces her to obey his orders. Asha turns helpless by Vardaan. Ishani attempts to expose Asha’s truth. Sid gets blamed by the patient’s husband. He also gets bashed up and insulted. Ishani cries for Sid, who is losing himself because of Asha.