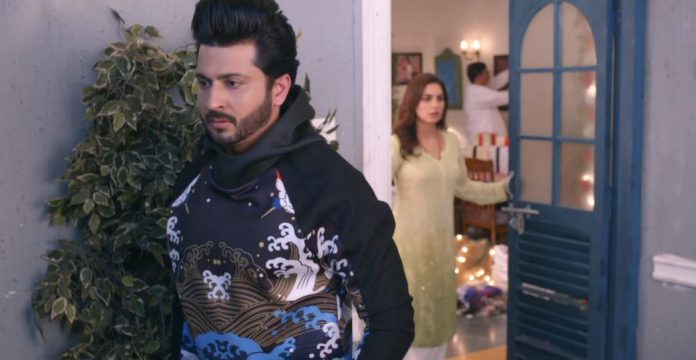 Kundali Bhagyaa Zee5 Karan love yearning for Preeta Prithvi cooks up a story to fool Sherlyn. He tells her that Karan never leaves a chance to trouble him. Sherlyn doesn’t learn that he is going to marry Preeta. He gets Preeta’s call. He worries that he can’t put Sherlyn’s call on hold. He wishes that Sherlyn doesn’t return by doubting him. He tells her that he loves her a lot. He promises to handle Karan. After dealing with Sherlyn, he thinks about Preeta. He wants to know the reason for her calls. He doesn’t want her to refuse for the marriage. He avoids her calls so that he meets her in the marriage mandap directly. He knows that Preeta can’t refuse in front of Sarla. Sherlyn’s good friend tries to make her realize her mistake.

She asks Sherlyn to forget Prithvi and move on in life with Rishabh. Sherlyn disagrees. Moreover, Mahira tells Kritika that Preeta has done much wrong with the family. Kritika shows her belief on Preeta. Mahira asks her to stop singing Preeta’s praise. Kritika feels Mahira has changed a lot since Kareena announced Karan and Mahira’s marriage. Karan wants to meet Preeta and confront her about her marriage with Prithvi. He learns that she didn’t turn up for work. He can’t accept that he lost to Prithvi.

He takes it on her ego again. Kritika asks Mahira to judge Preeta as a person. She knows that Preeta can’t file any alimony demand. Kritika doesn’t think Mahira deserves Karan. She feels Mahira is just happy to become Karan’s wife for fame, not love. Karan can’t accept the fact that Preeta is marrying Prithvi. He reaches her house to get an answer. He doesn’t want to face her. He makes a leave before she sees him. He hides from Preeta and watches her marriage preparations. He gets too hurt and yearns for her. He recalls their past peaceful moments.

Preeta doesn’t realize that it was Karan who visited her. She stays stressed. She tells Shrishti that Prithvi isn’t responding to her messages or calls. She thinks Prithvi has done wrong to not take her consent for the marriage. She wants to stop the marriage. Shrishti asks her not to believe Prithvi. Preeta tells her that she will not marry anyone and stay as Karan’s wife. Shrishti is glad to see the positive changes in her. She supports Preeta’s decision. Prithvi goes mad for Preeta. He awaits the marriage day. He dreams of romancing Preeta.

He is glad that he turned both Karan and Rishabh jealous by breaking the marriage news to them. Rishabh finds Karan disturbed. Karan can’t express his feelings for Preeta, because of his ego and anger. Rishabh understands that Karan is stressed about Preeta’s marriage with Prithvi. He wishes that Karan breaks his silence. He wants Karan to take an initiative and meet Preeta. Rishabh tells her that Preeta can’t marry Prithvi and maybe the truth is something else. He wants Karan to not predict things and clarify the matter with Preeta. Rishabh makes him realize his love for Preeta.