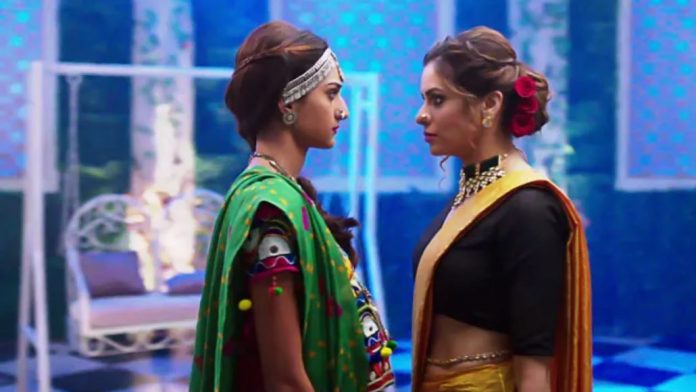 Kasautii Komolika Prerna Starplus Shocking encircle Prerna gets support from Anurag. He believes her and tells her that he remembers their past. He tells Mohini that Prerna is bearing his child. He remembers Komolika and her evil plans to break up Prerna and him. He doesn’t spare Komolika and throws her out of the house. He tells Komolika that he doesn’t want her to cast her bad shadow on his family. He wants to live happy with his wife Prerna. Mohini can’t see him in risk. Anurag gets a brain stroke and falls dead within minutes, which makes Basus cry for him and blame Prerna. Mohini and Nivedita can’t see Anurag dead. They break down and curse Prerna. Prerna doesn’t want to lose Anurag.

She gets helpless to tell him the truth and watch this shocking moment in her life. She couldn’t tolerate the major shock in her life. The long scene of Prerna confronting Komolika and escaping from her clutches to reach Anurag and break the truth, happens to be Prerna’s dream. She daydreams that she will eventually lose Anurag if she brings out Komolika’s truth. The story goes back to the point when Prerna and Shivani confirm their doubt that Sonalika is Komolika. Shivani doesn’t want Prerna to invite troubles. She asks Prerna to leave from the party.

Just then, Komolika stops Prerna on identifying her. She corners her to know the reason for her disguised look. She herself accepts that she is the great evil force Komolika, who had returned in their lives to create a havoc. She wants to ruin Basus, Prerna and Anurag if he rejects her love. She admits the truth. She doesn’t have any shame in accepting her plans to trap Anurag. Prerna tells her that she is really shocked to see heartless Komolika. Komolika tells her that she had undergone a plastic surgery and lost her face, but she thought of using her new face to enter Basu house. She tells that Ronit has saved her life.

Komolika is happy that she doesn’t need to hide her truth out. She asks Prerna to be alert and get saved from her attacks. Anurag calls Sonalika to know about his office file. Komolika fakes a romantic conversation. Prerna understands that she is lying to make her jealous. She asks Komolika is she fooling herself. Anurag thinks Sonalika is behaving weird. Prerna insults Komolika. She tells that Anurag is married to her, he took this step on the Navratri night. She laughs on Komolika’s baseless marriage. She tells that she has Anurag’s baby in womb, which proves their love. Komolika threatens to kill her. She manipulates Mohini so that Anurag accepts her in front of the society. She wants to defeat Prerna.