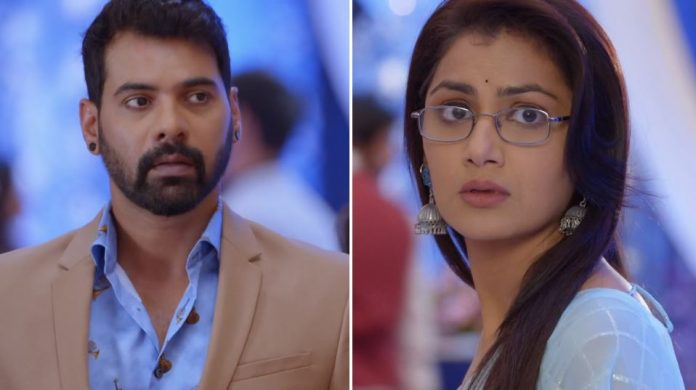 Kumkum Bhagya Priyanka insane move to stun Abhigya Abhi supports Purab in his every decision. He asks him not to hurry and talk to Aaliya. Disha and Pragya make an entry in the party. Disha tells Pragya that the big personalities are from the music industry. She introduces Pragya as her family. Pragya thinks Abhi would also be there in the party. She comes face to face with Abhi. Disha meets Purab. Disha is handling the media event. Abhi praises Disha’s talent. Purab agrees with him. Abhi and Pragya have the silence between them because of Rishi and Priyanka’s matter.

Meanwhile, Priyanka crosses limits of insanity by planning to kill Rishi and die along. She wants him some how, if not alive, then dead. She blames Rishi for not accepting her and rejecting her love. She wants their souls to unite after their death. Disha thinks Pragya is worried for something. Pragya reads her mind. Disha tells Pragya that she wants to become like her. She praises Pragya’s values and strength. Pragya feels she does wrong with her family by going against own love for the sake of doing good with others.

She wants to talk to Abhi and explain him. She wishes things could get normal. Abhi doesn’t think things can get normal between them. Abhi reveals to Purab that Priyanka isn’t alive now. He tells that Rishi provoked Priyanka for suicide. Purab can’t believe this. Pragya tells Disha that Priyanka is alive. She wants to find her and prove it to Abhi. Elsewhere, Ranbir falls dizzy. Aryan asks him to wake up and find the question papers. Principal suspects that someone has sneaked inside the house. Prachi hopes to reach Ranbir on time.

Rhea returns to the city. She meets her friends. She learns about Prachi and Ranbir. Rhea doesn’t care for the news. She knows Ranbir is just of him. She clears their misunderstanding. Rhea wants to know about Ranbir. Prachi wants to stop Ranbir from his mad move and blast his anger. Shahana realizes Prachi’s concern for him. Prachi doesn’t want her to take Ranbir’s side. Pragya tries to end Abhi’s annoyance by talking to him. Abhi tells Pragya that he isn’t a kid to get upset for any matter.

He asks her not to oppose him. She claims that Rishi is right. He is upset that she isn’t showing belief in him. She tells him that its her choice to follow her principles. He asks her to support the supposed truth according to her. He doesn’t listen to her. Aaliya gets glad to watch their separation again. Prachi and Shahana also come to the principal’s house. Prachi finds the torch light and realizes that its Ranbir who is stealing the question papers. Ranbir and Prachi see each other. Aryan gets the girls inside the house so that they can help Ranbir. They find Ranbir in the intoxicated state. Ranbir manages to find the papers. Ranbir and Prachi get into a moment.