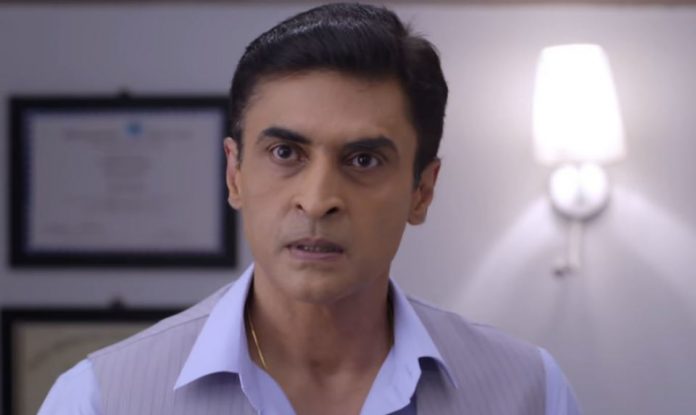 Sanjivani 2 New twist leaves Shashank disturbed Sid commits another mistake because of Asha’s conspiracy. Sid doesn’t know that Asha is again manipulating by changing the reports. Ishani fails to catch Asha red-handed. She was keeping an eye on Asha. She didn’t know that Asha will get away so easily. She gets help from Vardaan. She wishes that nothing goes wrong. Asha thinks Sid’s career will end with this last stroke. She wants Sid to get badly trapped. She feels guilty for a while that she has risked a patient’s life being a doctor. She wants to save her own career by following Vardaan’s orders. Sid checks the wrong reports and follows a wrong method to cure the patient.

The patient faints and gets sinking because of Sid’s mistake of blood transfusion. Sid wasn’t aware that the reports are switched purposely. He wonders what’s the reason for the patient’s critical state. He freezed and blames himself. Ishani and Rahil rush to help Sid. Vardaan is glad and awaits the good news. Sid tries to revive the patient. He saves the patient with difficulty. Rahil questions Sid over his wrong diagnosis. Prashant bashes up Sid and tells him that he isn’t the best doctor. He feels he did a big mistake to worship Sid. He is angered that he could have lost his wife.

Asha doesn’t want to see Sid getting bashed up. Vardaan asks her not to act like a saint after putting Sid in trouble. Asha tells him that she didn’t wish to risk the patient. Vardaan asks her to watch the drama and enjoy. He tells that she will be becoming a good doctor and earn fame. Ishani and Rahil stop Prashant. They save Sid. Ishani tells them that its not Sid’s mistake, someone is trying to frame Sid. Juhi informs the shocking news of Sid’s new negligence to Shashank. She tells him that the patient was almost dead, it would have ruined Sid’s career completely. This disturbs Shashank. Rahil tells Ishani that Sid can’t commit such a mistake. They try to spy and find out the truth.

Ishani makes Rahil trick the guard so that she can check the CCTV footage. She gets a shock to know about the deleted footage. She feels someone is intentionally doing this. She shares her findings with Rahil. Sid asks Philo if she believes him. She tells him that she knows him well, he can never risk a patient’s life. She tells that someone is deliberately framing him. Sid thinks of Ishani’s warning about Asha. He gets alert. Ishani confronts Asha for ruining Sid’s career. She didn’t wish Asha to take revenge on the person who saved her life. Asha breaks down. Will she confide the truth or stay evil? Keep reading.

Reviewed Rating for this particular episode Sanjivani 2 New twist: 4/5
This rating is solely based on the opinion of the writer. You may post your take on the show in the comment section below.