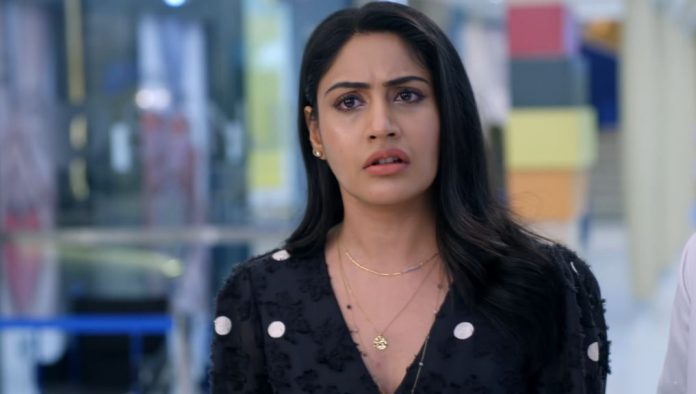 Sanjivani Ishani heartbroken Sid surprising move Ishani learns that Samaira was making a funny video in the corridor. She realizes that maybe Samaira’s video contains some evidence against Asha. Ishani and Rahil try to find Samaira to get her help. They finally get Samaira’s phone. When they see the video, they find out that Asha has changed the lab reports to mislead Sid about Kripa’s illness. Asha is clearly seen changing the reports. Rahil can’t believe this. Ishani gets sad for Sid. She wonders why is Asha doing this when Sid has done so much for her. She realizes that Asha has faked the suicide to marry Sid. She wants to know why Asha is taking revenge on Sid.

She knows that just Asha can answer her questions. She wants to confront Asha as soon as possible. She leaves her other work and rushes to Asha. On the other hand, Juhi wants Prashant to forgive Sid for his negligence. Vardaan asks Prashant to go ahead and file a complaint against Sid. He doesn’t want Prashant to defame Sanjivani. He asks Prashant not to involve other doctors in the matter. Prashant doesn’t want to take any action against Sid, since Sid had saved Kripa’s life after committing the mistake. Sid gets thankful to Prashant. Vardaan feels Sid got saved once again. Ishani reaches Asha to confront her.

Asha denies at first like before and then accepts that she is doing everything against Sid. Asha and Ishani have a bitter argument. Juhi gets another disturbing note about Shashank. She wants to catch the person who is sending her the notes. The sender asks her to confront Shashank about the hidden secrets. Ishani tells Asha that she knows her crime of changing the reports. She wants to know why is Asha ruining Sid. Asha fakes tears and fools Ishani.

She tells that she will not reveal her motives. Ishani feels Asha has stained their friendship. Asha asks her to do anything she wants. Ishani reveals the evidence she holds against Asha. She asks Asha to wait and watch how entire hospital staff watches the video. Asha can’t believe it. She rushes to delete the video from Samaira’s phone. Ishani reaches Sid to tell about Asha. Asha blocks her again. Asha doesn’t want Ishani to reveal her truth. She insults Ishani. Sid gets disturbed seeing them fight for him. He ends the fight by going with Asha. Ishani wants to know what’s wrong with Asha.

Sid wants to save his patients’ lives again. Ishani fails to prove Asha’s crimes. Sid supports Asha. Ishani bears the humiliation. She begs Sid to believe her, Asha is the culprit.

Moreover, Asha traps Sid by shedding tears and making him emotional. He wants to be fair towards Asha. Ishani feels she is a fool to worry for Sid, who doesn’t want her help. She gets disheartened. Rahil asks Ishani not to leave Sid and become his strength. Ishani doesn’t want to help Sid unless he asks for it. She thinks Sid is taking her for granted, knowing about her love. Sid gets rude towards Ishani, which leaves her heartbroken.

She doesn’t want Sid to insult her love. Ishani will be proving Asha wrong by gathering new evidences. Sid believes Ishani, who never lies. He will be surprisingly get on his own to expose Asha’s truth. Sid and Ishani will work together to know the hidden enemy. Will they find about Vardaan’s plotting? Keep reading.